Vuelta Stage Report: UAE Team Emirates’ Marc Soler won stage 5 of the Vuelta a España, crossing the finish-line in Bilbao solo on the tough Basque roads. He was part of the break of the day that would fight for the stage honours and the overall lead. Rudy Molard of Groupama-FDJ was the best placed rider in the escape and took the overall lead from Primož Roglič.

A storming win for Marc Soler

The fifth stage of the Vuelta a España to Bilbao was won by Marc Soler. After a difficult, hilly stage of 187 kilometres he was the best of a sizeable leading group. Jumbo-Visma saw no reason to chase the break, so Primož Roglič give his red leader’s jersey to Rudy Molard of Groupama-FDJ. 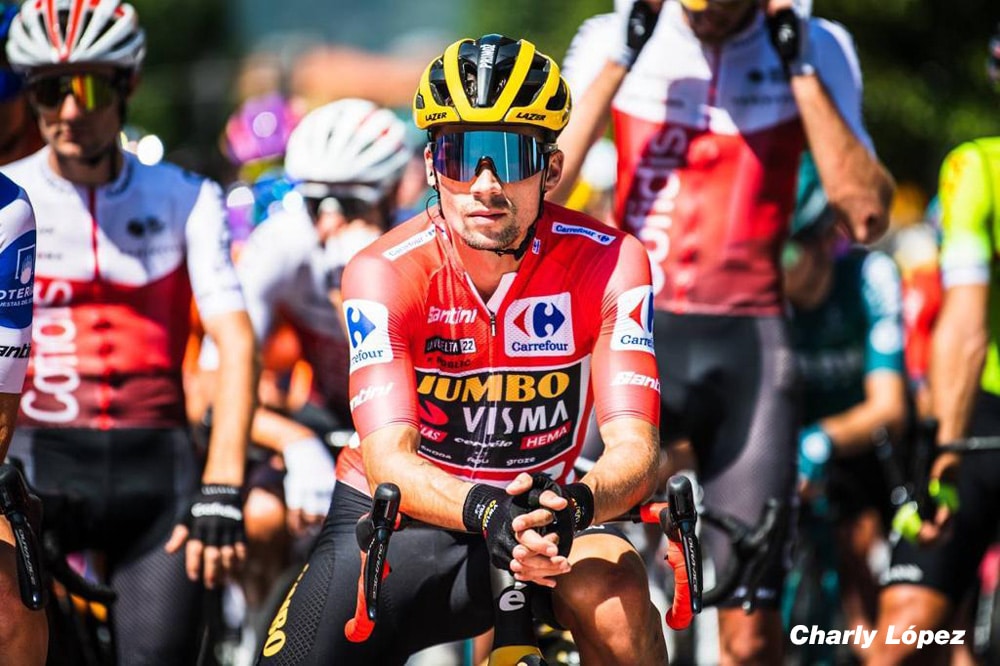 The first stage in red in 2022 for Primoz Roglič – For how long?

Fernando Escartín: “Beautiful stage: five mountain passes that will be filled with the Basque public. Both climbs to the Vivero in the final part will be responsible for selecting the leading group. It will be interesting to discover who controls the race, even without clear leaders in the general classification, particularly in a day that is not ideal for sprinters.” 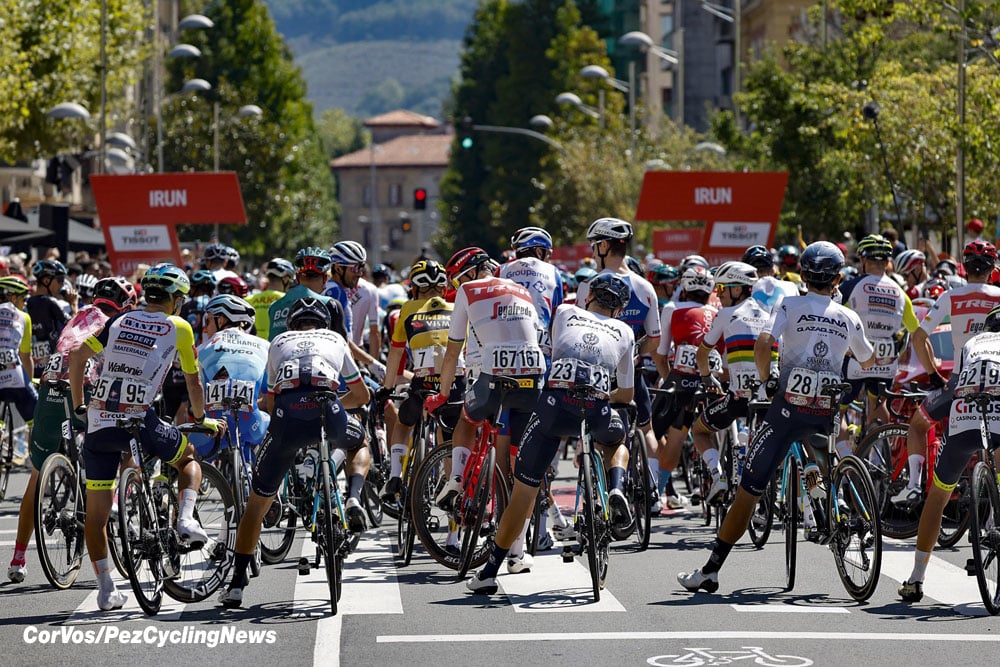 A tough day ahead 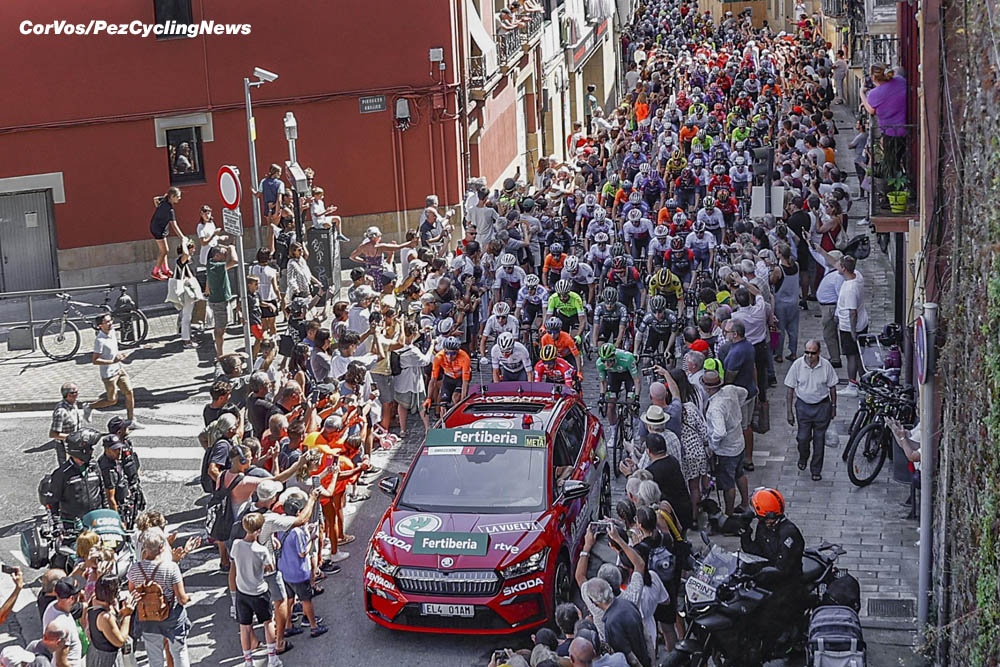 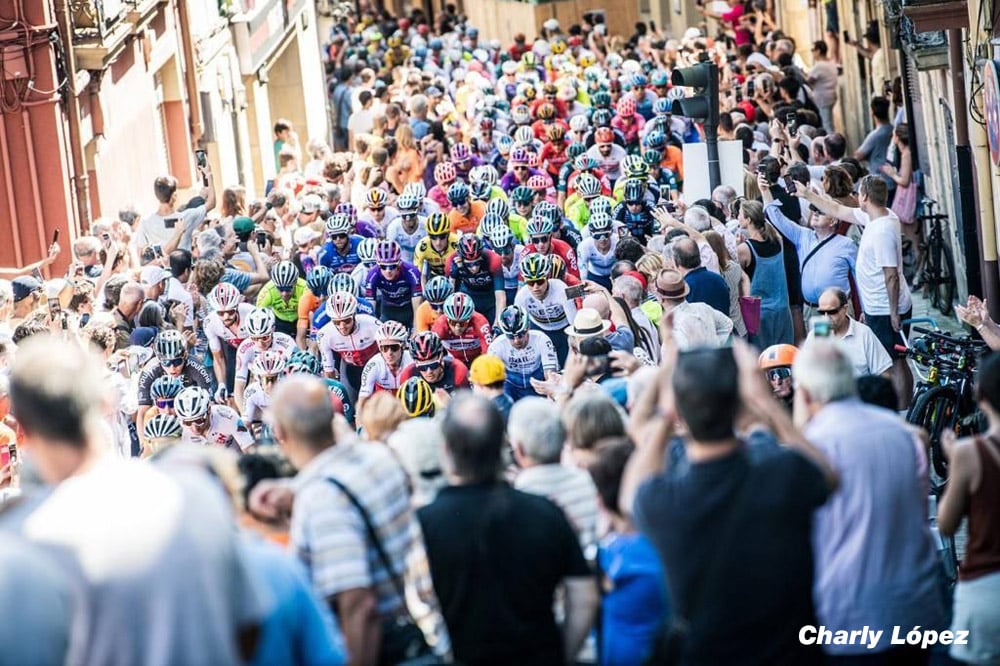 The fans were out to see the start in Irun 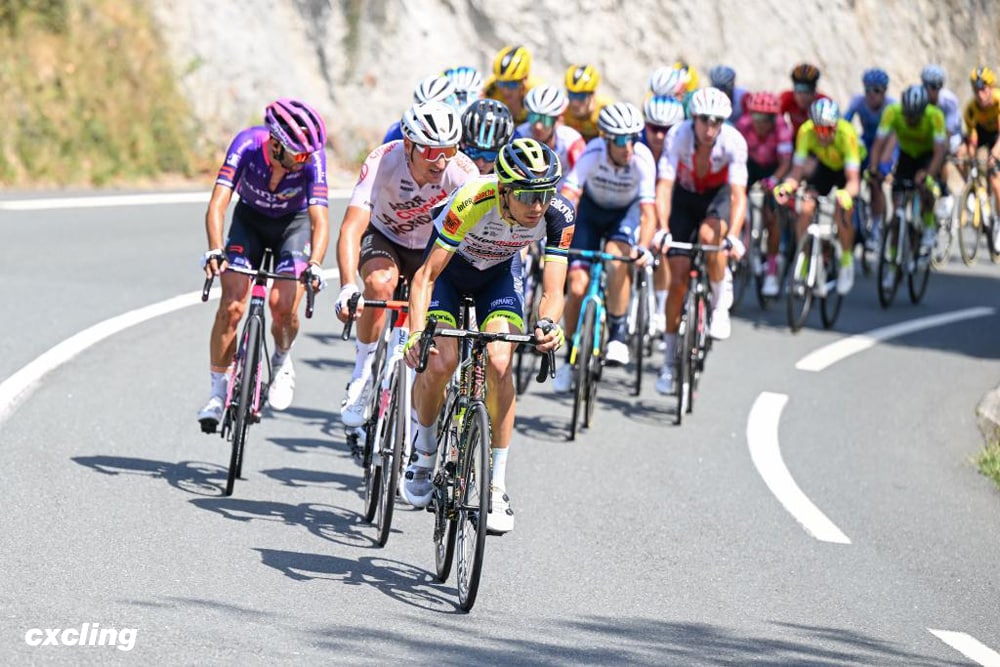 There was a fast start to the stage 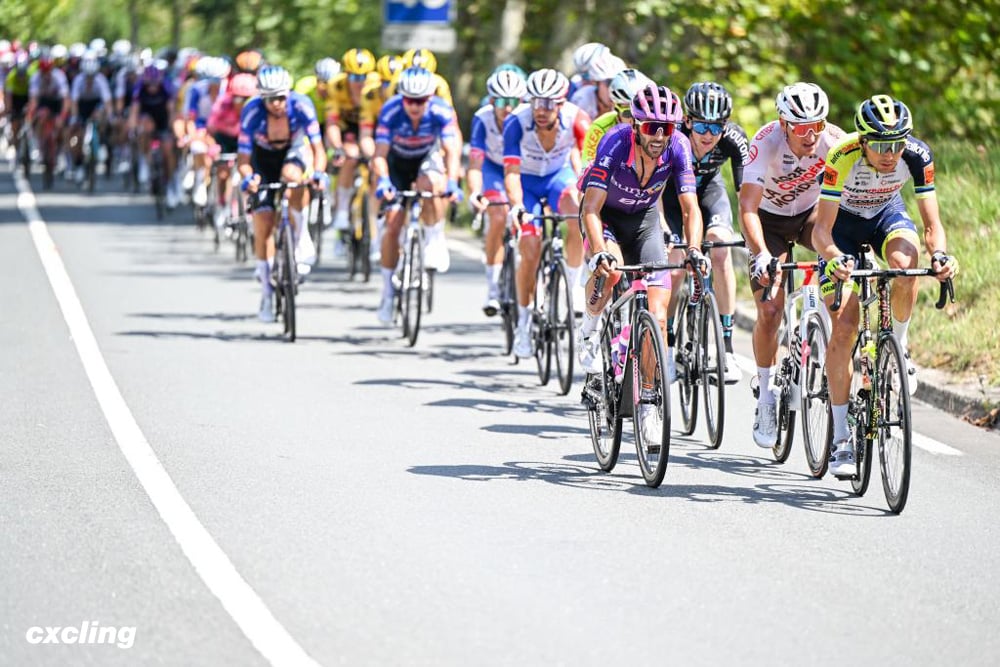 Everyone wanted to be in the ‘Break of the Day’ 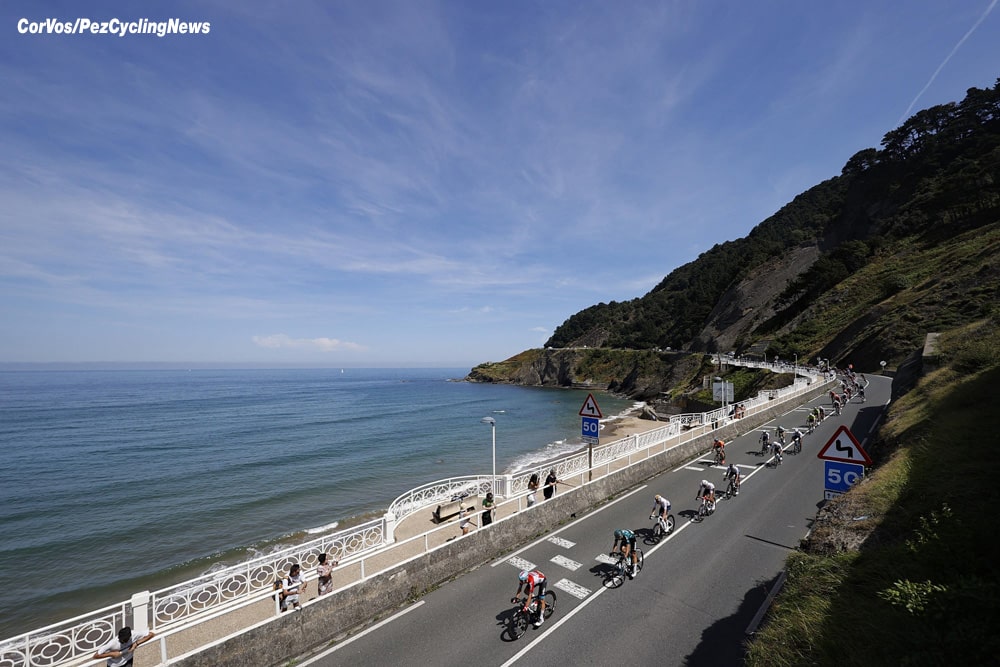 The stage followed the coast 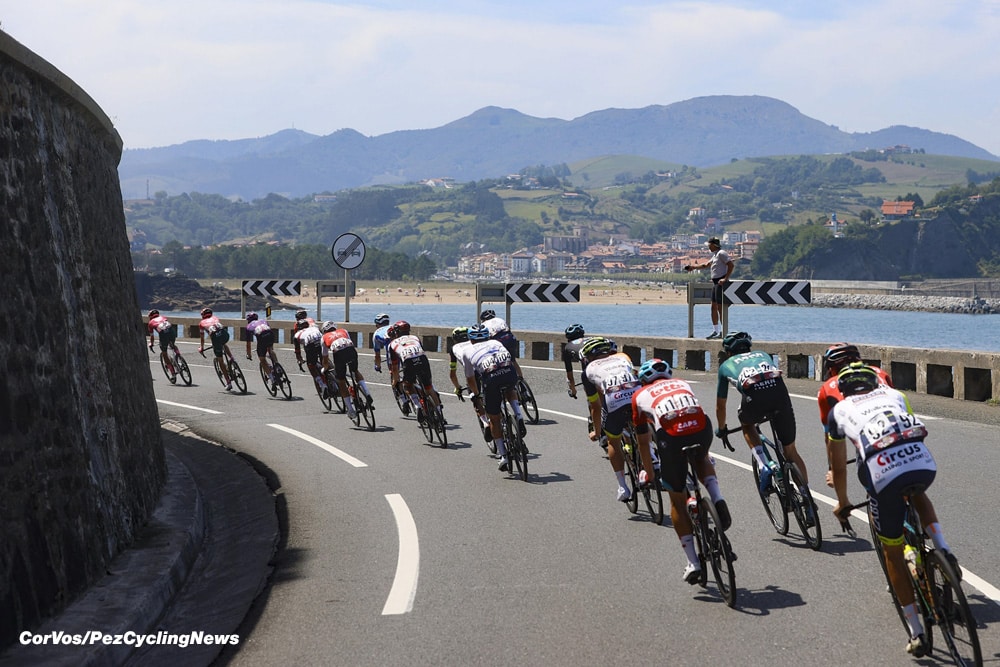 It would be a nice day at the beach 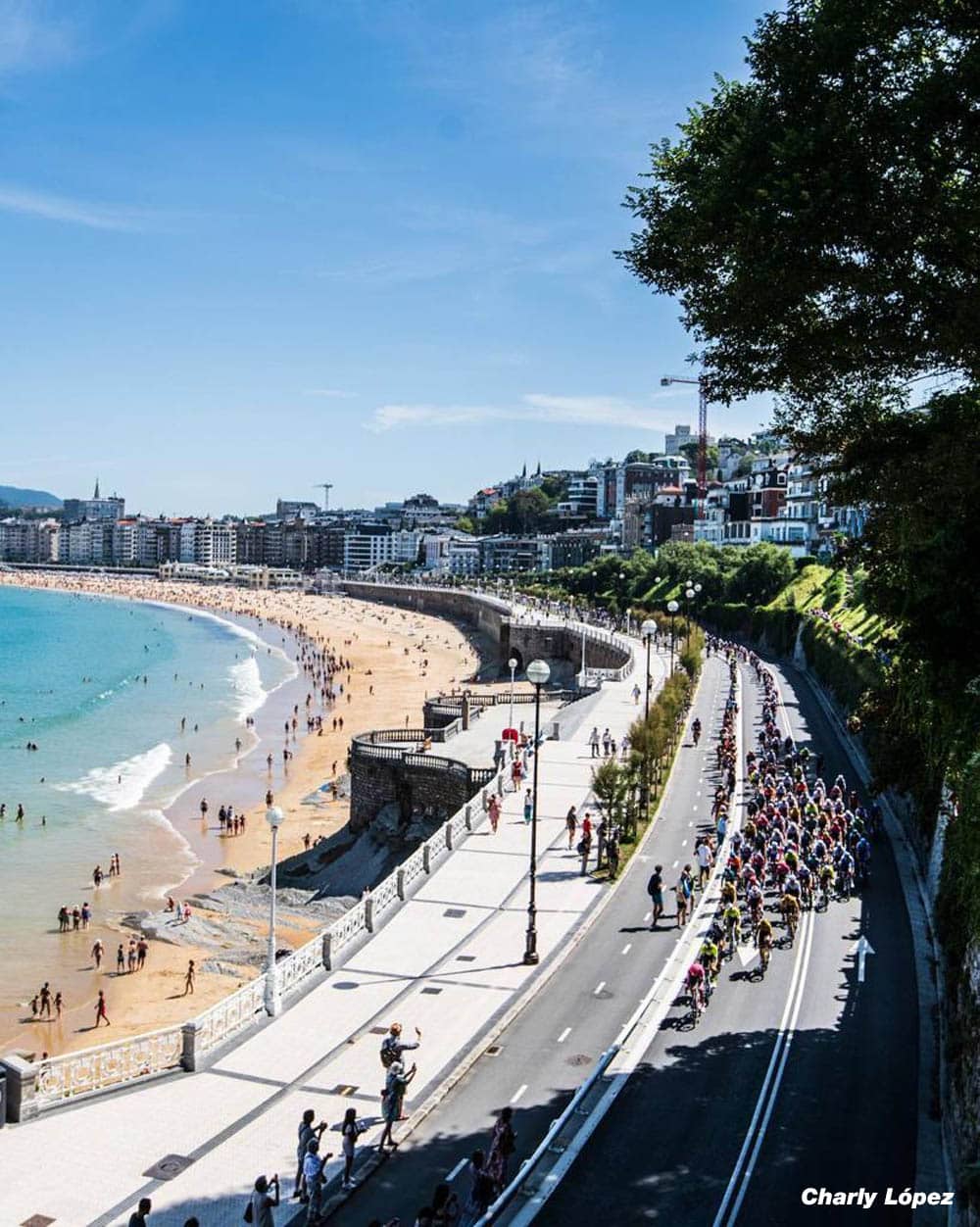 You should recognise the view – San Sebastián 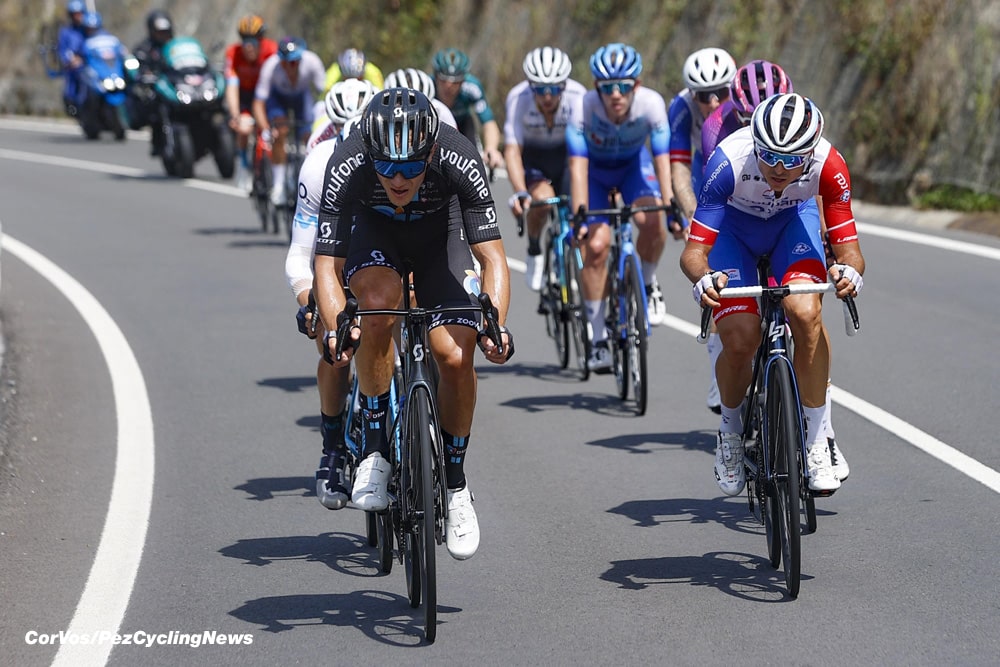 The break was big and dangerous 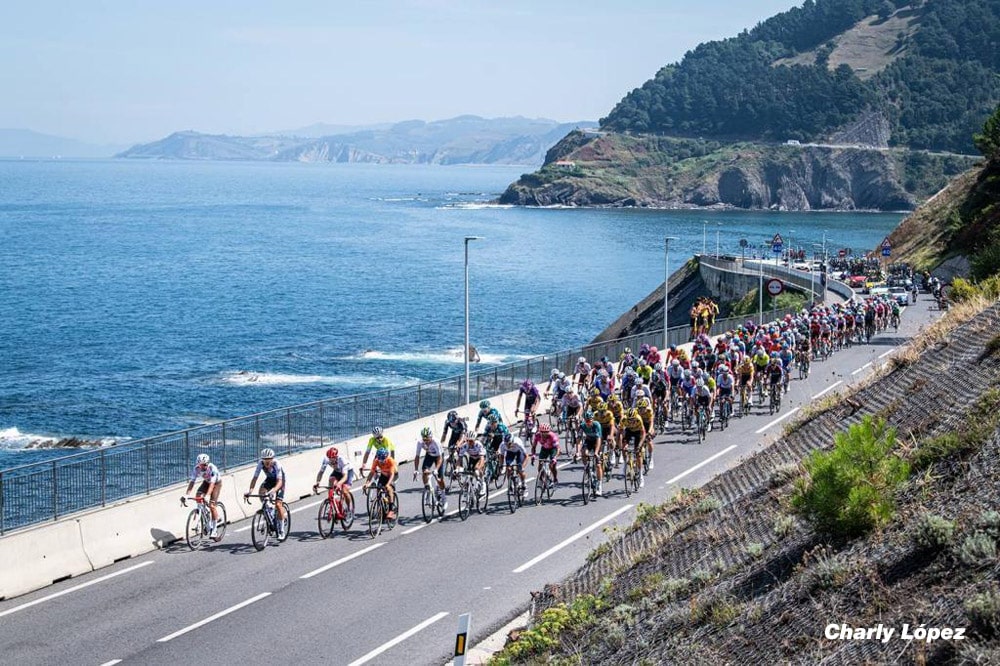 The bunch gave the break a little too much time 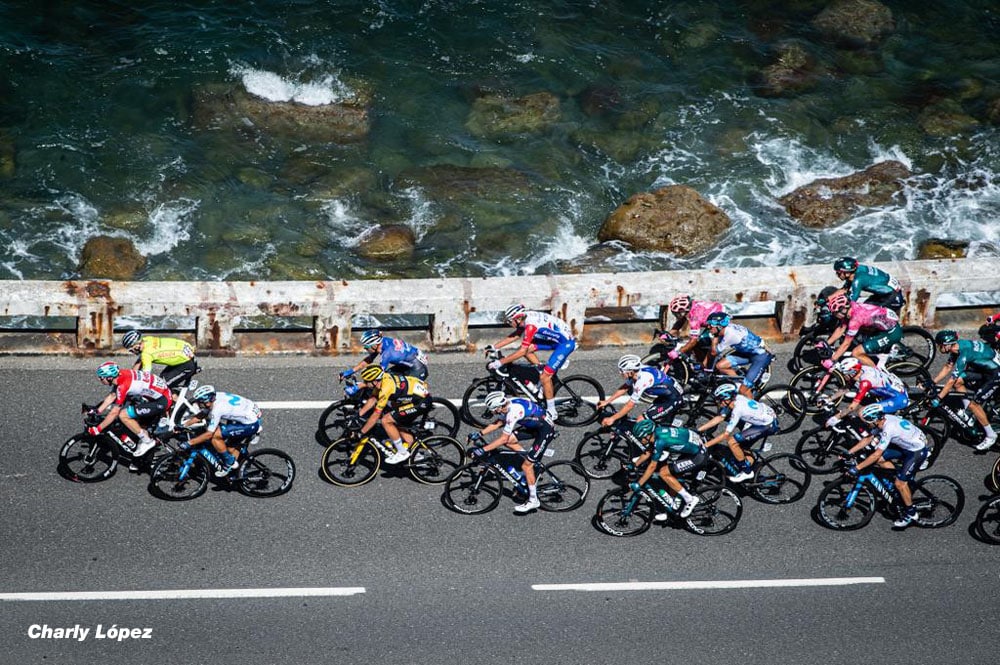 The stage win would come from the break, but what about the overall lead? 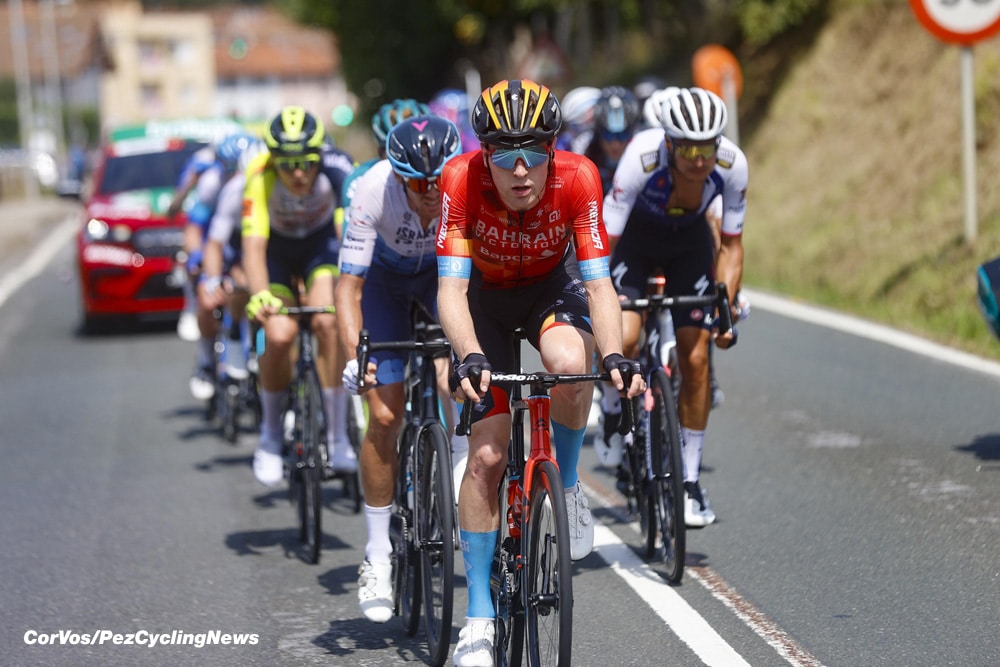 Fred Wright was the strongman in the break 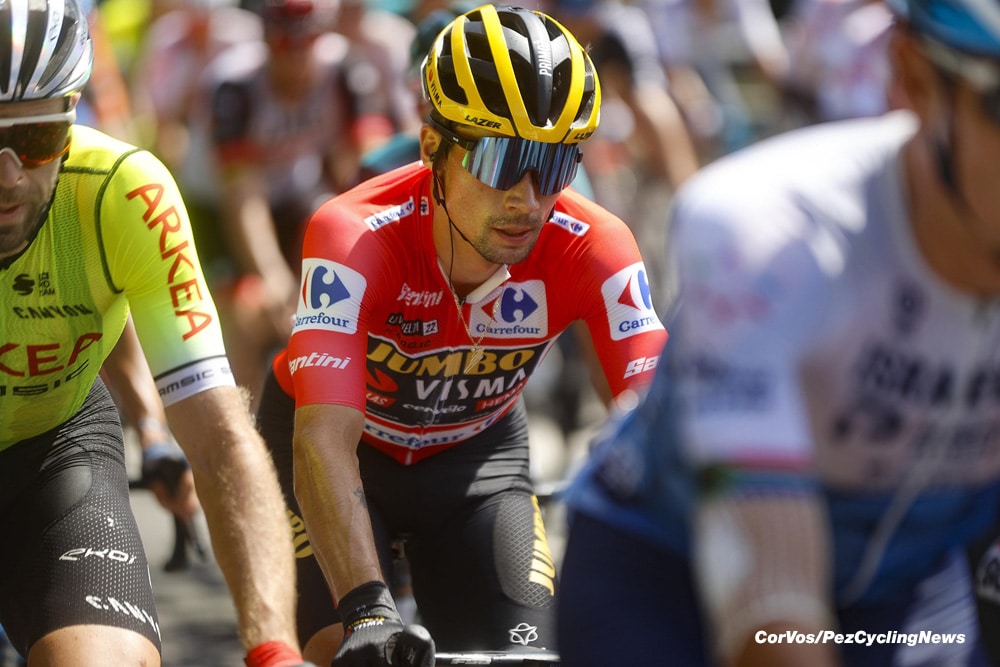 Did Jumbo and Roglič want to loose the red jersey? 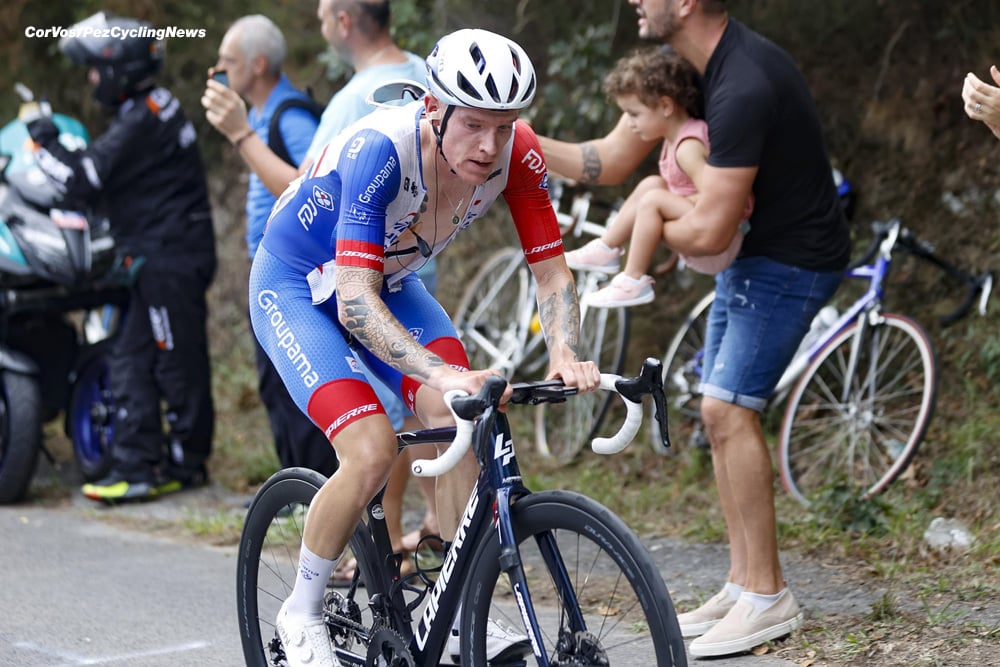 Jake Stewart went on a bold (and failed) solo 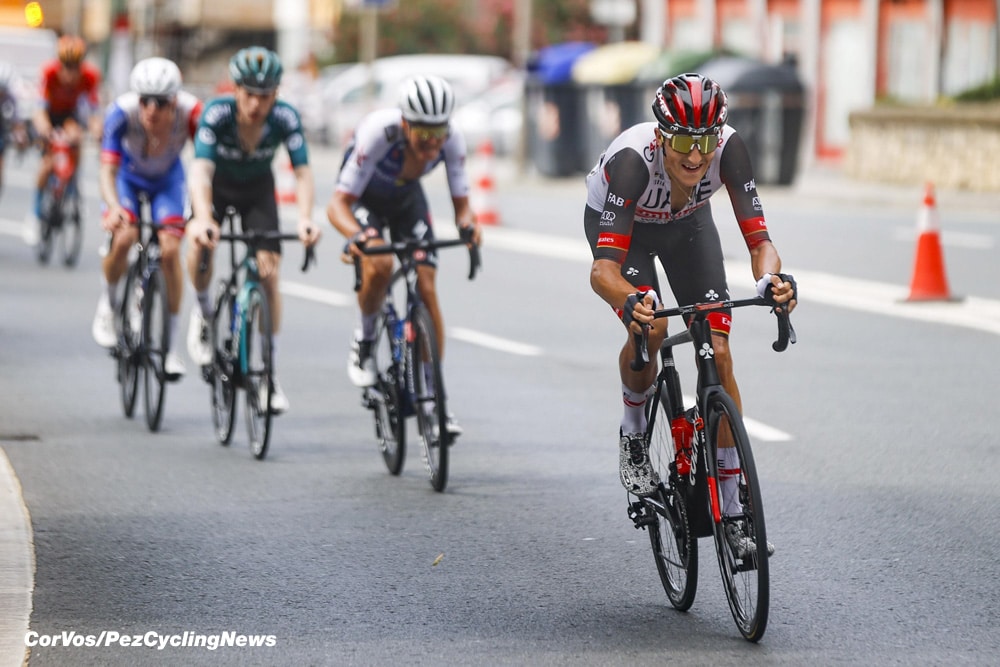 Soler jumped past Stewart for his solo win 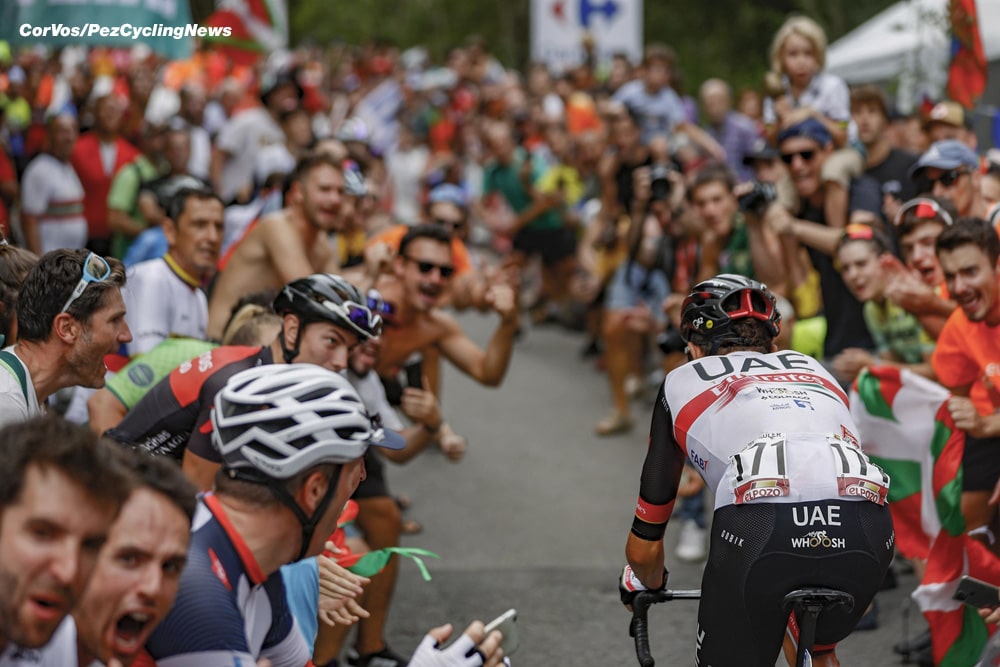 The Basque fans were out to see Soler go solo

Stage winner, Marc Soler (UAE Team Emirates): “The truth is I’m very happy. I didn’t expect it, after yesterday. In the end, I was able to make it happen and I’m very happy. I wanted to make the break, I fought a lot. The group went and I wasn’t there, but I wanted to. Matxin told me to try on the climb. In the finale, I wanted to try and I gave it my all. There’s a lot of talks [about the lack of Spanish victories in Grand Tours] but it’s not easy. There are many Spanish riders in many teams but we often have to work. It’s not easy but we can also win.”

Soler ends Spanish drought: Five things we learned from stage five of the Vuelta a España 2022

Soler ends Spanish drought: Five things we learned from stage five of the Vuelta a España 2022

Enric Mas: I want to go all or nothing at the Vuelta a España