Vuelta Rider Feature: In Ed Hood’s 2022 PEZ Vuelta a España preview, he mentions Delio Rodríguez, the record holder of 39 stage wins in the Spanish Grand Tour. I had read the name in the record books, but knew nothing of the man. Here is his story:

Delio Rodríguez still holds the record for Vuelta a España stage victories with 39, which is almost double that of second placed Alessandro Petacchi, who won 20. Delio Rodríguez Barros was born in April 1916 and died on the 14th January 1994. In the 1941 Vuelta a España he won twelve stage and eight more the next year, but was never in the top five overall. Then due to the second World War, the event was not held in 1943 and 1944. In 1945 Rodríguez wanted to win overall, which he did by going in an early break and winning stage 2 by over a half-hour. At the finish in Madrid he was the overall winner by 30:08 ahead of second placed Julián Berrendero. He also won six stages and the points classification, too. In 1947, he finished third overall, and took eight more stage wins. His 39 stage wins were taken in only five Vueltas and he still holds the record for stage wins in the Vuelta today. No one has been able to take that record away from him, not even 28 years after his death, in 1994. 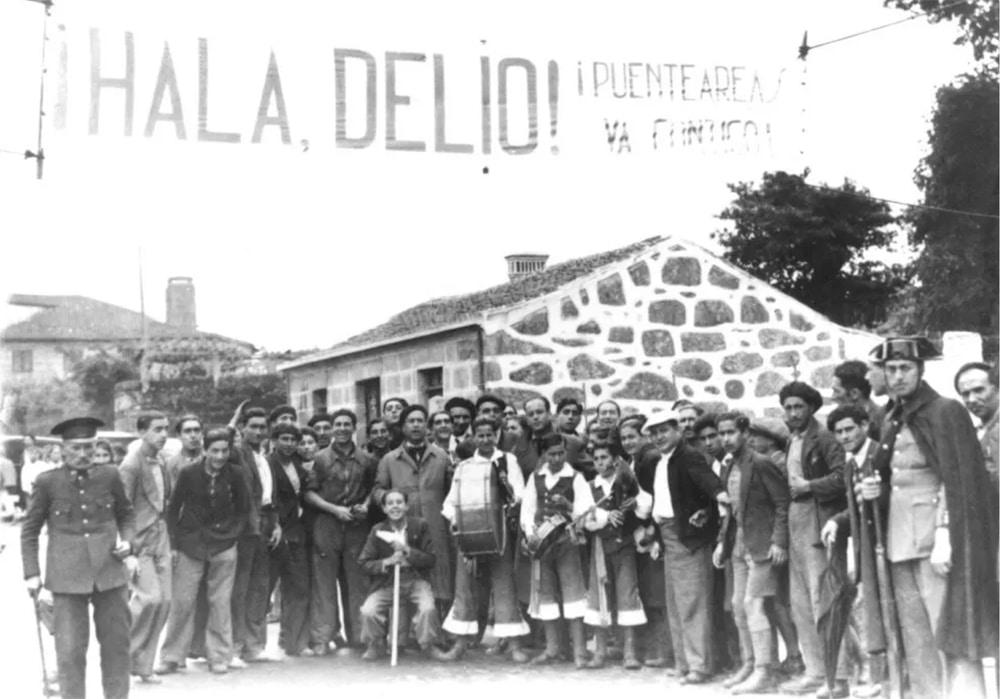 Those are the facts, but there is much more to the man from Ponteareas in the north west of Spain, near the border with Portugal.

In 1945, in only the fifth Tour of Spain cycle race, a humble athlete conquered Olympus on two wheels, at a time when the sport was only made for titans. That year, Delio Rodríguez won the la Vuelta a España, the greatest success of a career full of triumphs. 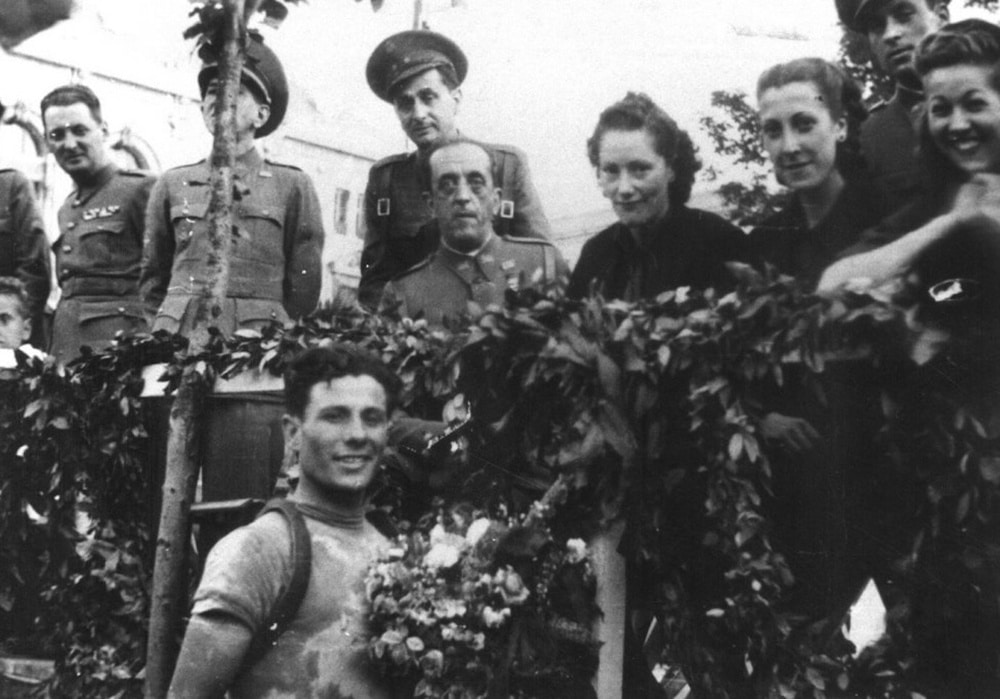 Three-quarters of a century ago, Delio Rodríguez rode the race of his of life. In the first stage of the 1945 Vuelta, Julián Berrendero had ridden with authority, he was a great figure of the time, winner of the 1941 and 1942 editions and Tour de France King of the Mountains in 1936. Berrendero, who was nicknamed the Negro with Blue Eyes (negro con ojos azules), had trained in France, where he took refuge during the Civil War, and that 1945 edition seemed designed for him. At the end of the first day, he was already 6 minutes ahead of Rodríguez on the overall standings. But fate had reserved the next day for Delio Rodríguez. 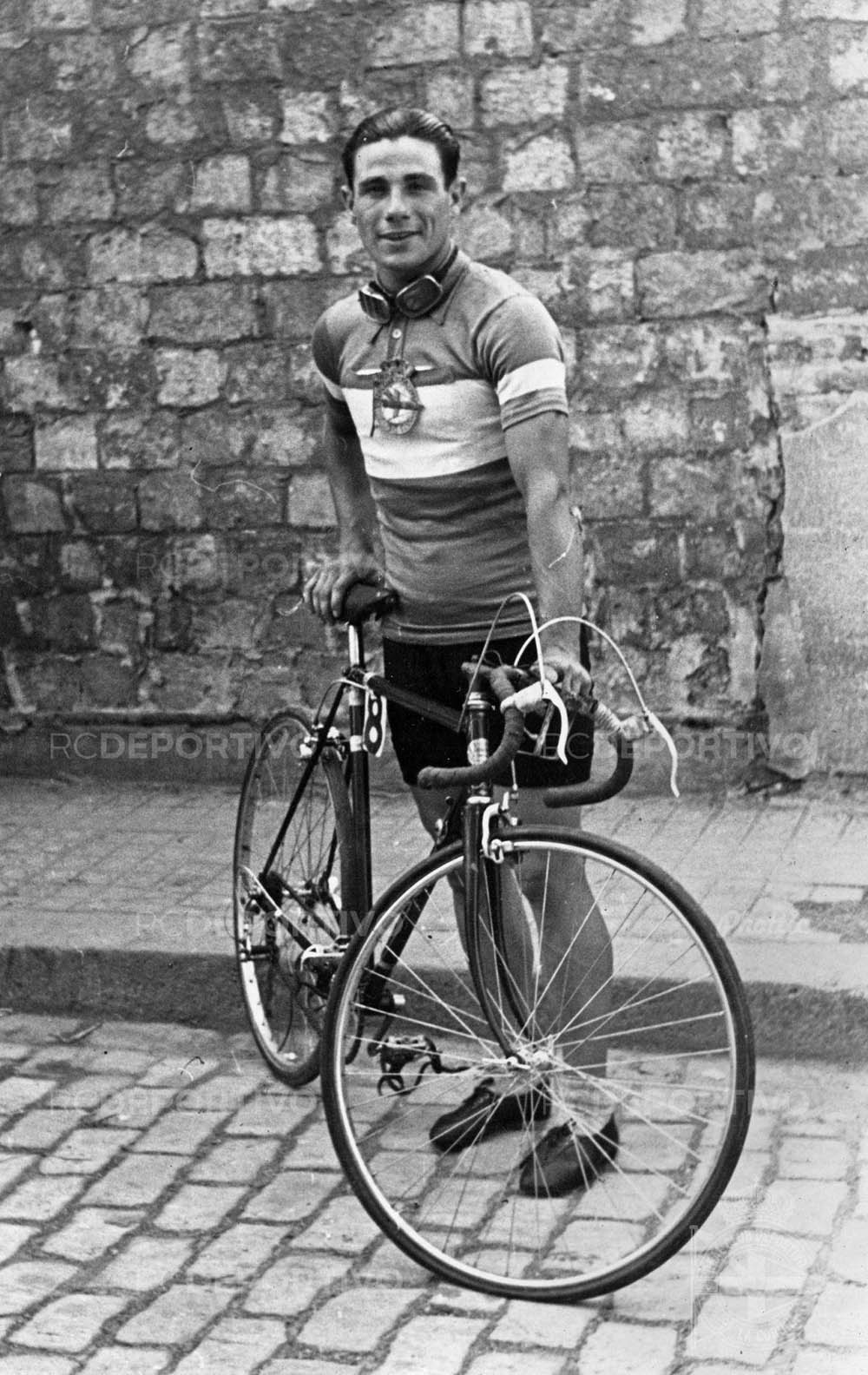 In an incredible stage between Salamanca and Cáceres, under light rain, he got into a break with other riders, they all dropped off with the passing of the kilometres. Only Rodríguez resisted until the end, in an epic ride where he reached the finish line 15 minutes ahead of the second placed rider and half an hour ahead of the favourites. Julián Berrendero could do nothing in the remaining 17 stages, except cut a few seconds off Delio, who triumphantly entered Madrid in his leaders jersey on May 31, 1945, with an advantage of more than 30 minutes on the general classification and the greatest success of his career. 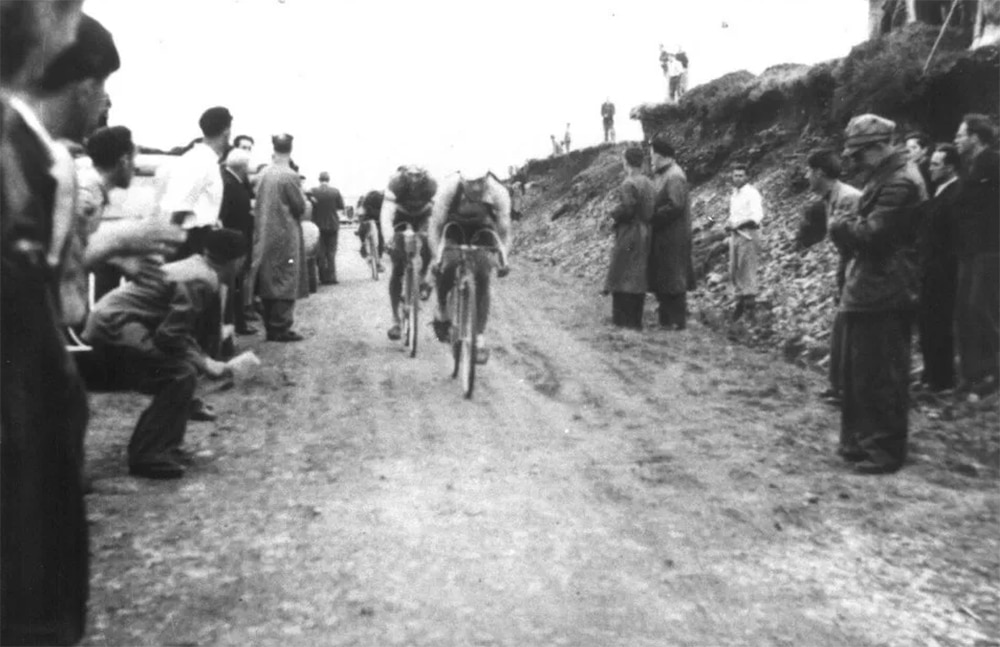 The story of Delio Rodríguez is of enormous merit. He had to build his first bicycle himself, in his father’s workshop. He became a professional by dint of training on the battered roads of his region, dreaming that the Picaraña was the Col du Tourmalet. He soon caught the attention of professional cycling and was invited to the second edition of the Vuelta a España, in 1936. A bad year for his debut, because the Civil War broke out and he was called up to change his race jersey for a military uniform. 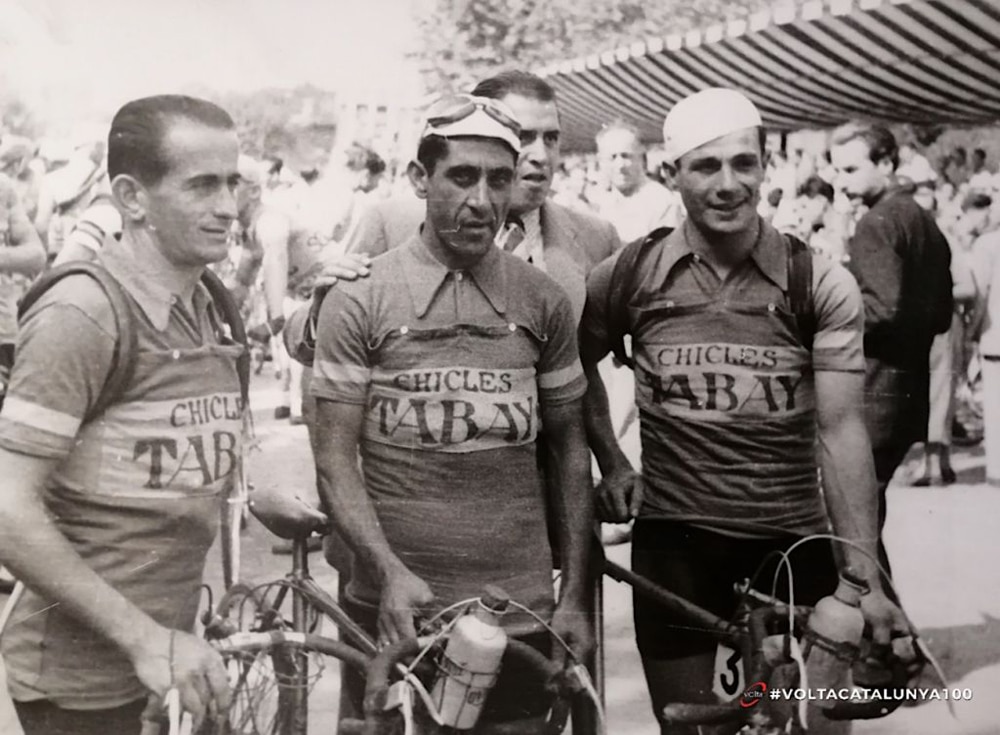 After the Civil War, in 1939, he was able to pedal again and in the Tour of Catalonia in 1939 they say that his bike was stolen at the end of a stage. He had gone into a hardware store to buy some parts and, when he came out, his race bike had disappeared. The Civil Guard located the thief hours later due to one detail: His name, Delio Rodríguez, was painted on the frame. 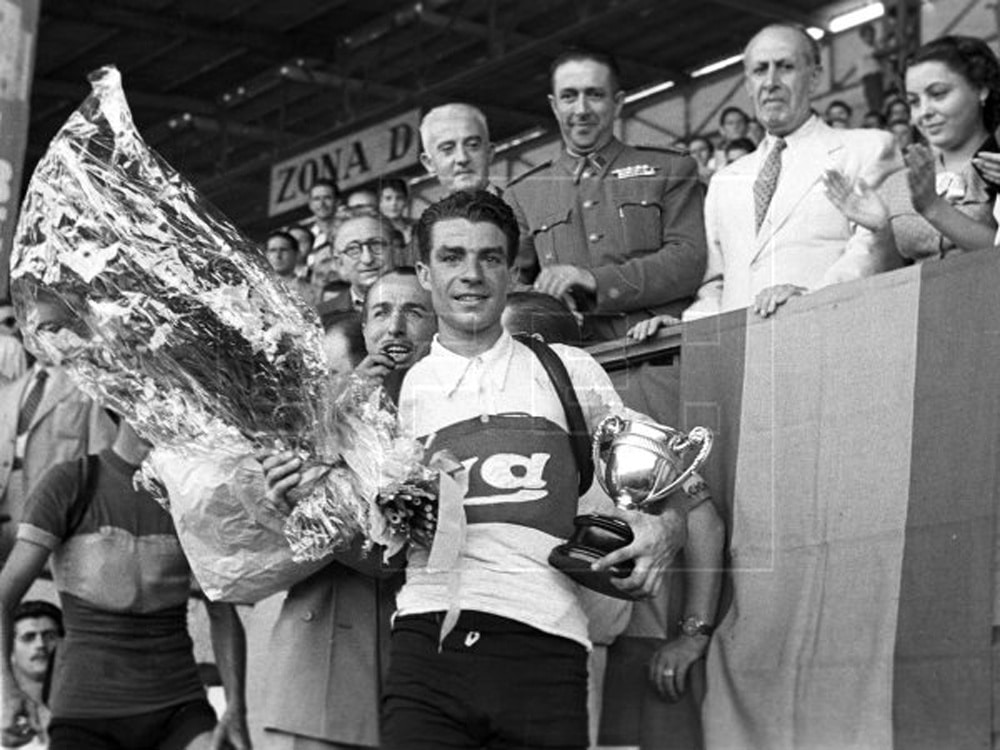 After that, there were many successes and victories in the great races. He also tried his luck on the international calendar, contesting two tours of Switzerland. But his great triumph would come in 1945 in the Vuelta Ciclista a España. In that edition he would also win six stages, to continue building his unbeatable record of 39 victories. He also has another current record, the one with the greatest winning margin to the second rider on the overall, with his 30 minutes and 8 seconds over Berrendero. 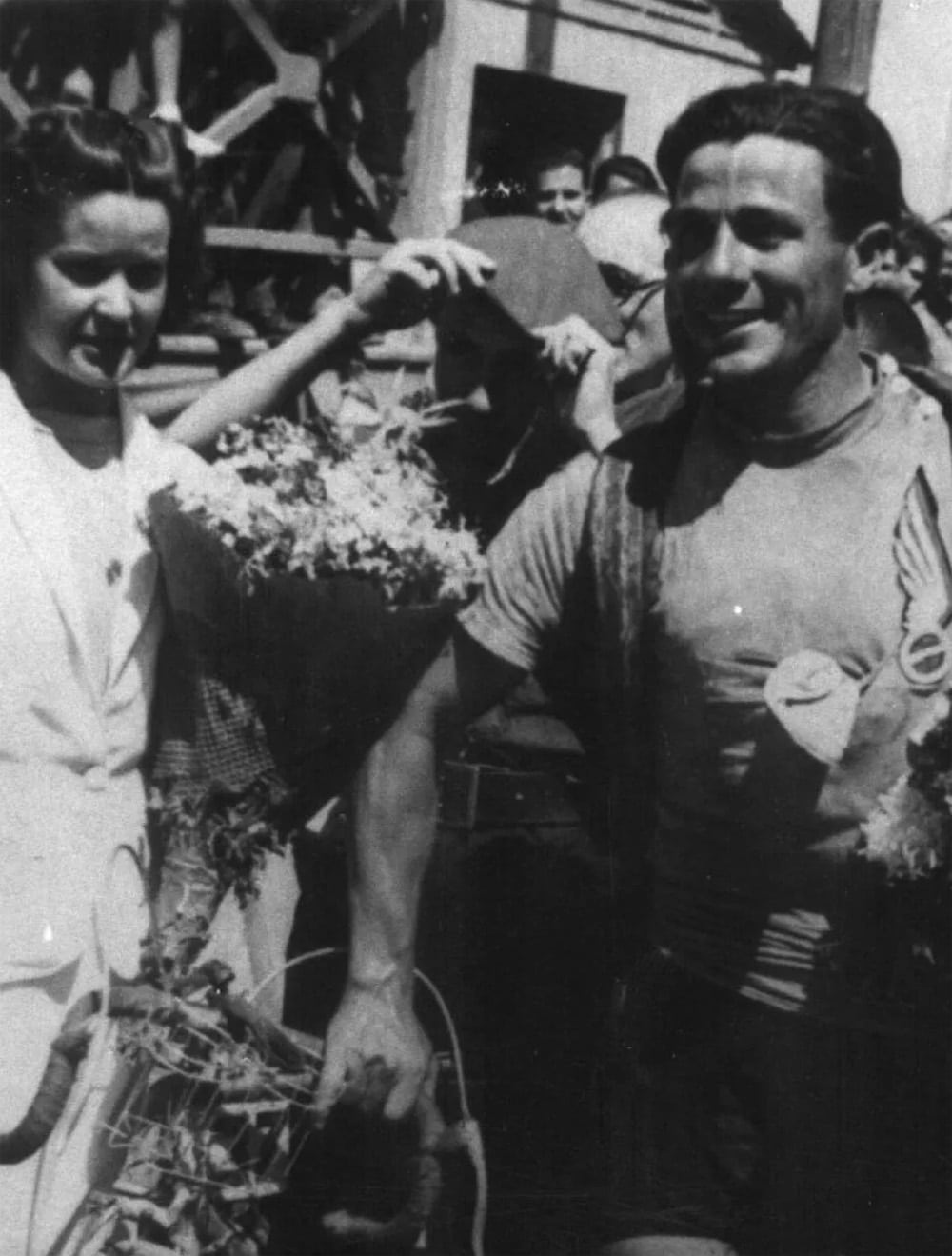 In Vigo, he is also remembered for his bike business and because his name has always been a beacon for cycling fans. And he was an example for another Ponteareas champion, Álvaro Pino, with his memorable Vuelta a España in 1986, in a legendary edition in which he defeated Laurent Fignon, Sean Kelly, Robert Millar and Perico Delgado. 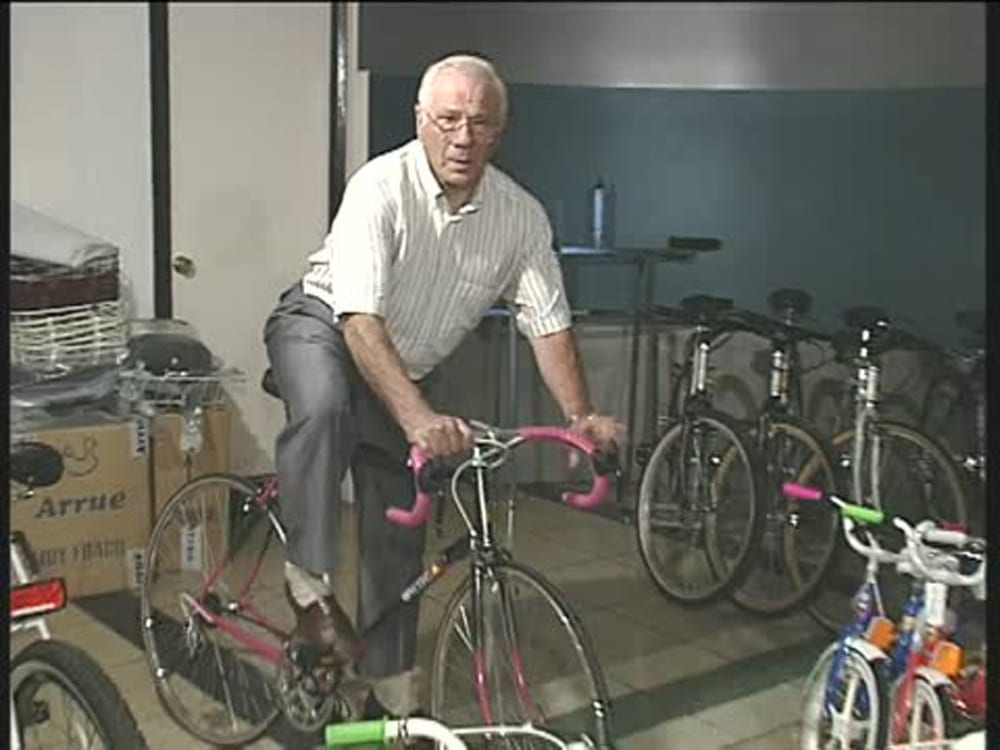 But the pioneer was Delio Rodríguez. Who, in addition, can still boast of records that seem unattainable. It is now 77 years since that historic Vuelta Ciclista a España.

Rodríguez also had two younger brothers, Emilio and Manolo, they were also professional cyclists. In the 1950 Vuelta a España, Emilio won the overall and Manolo was second. 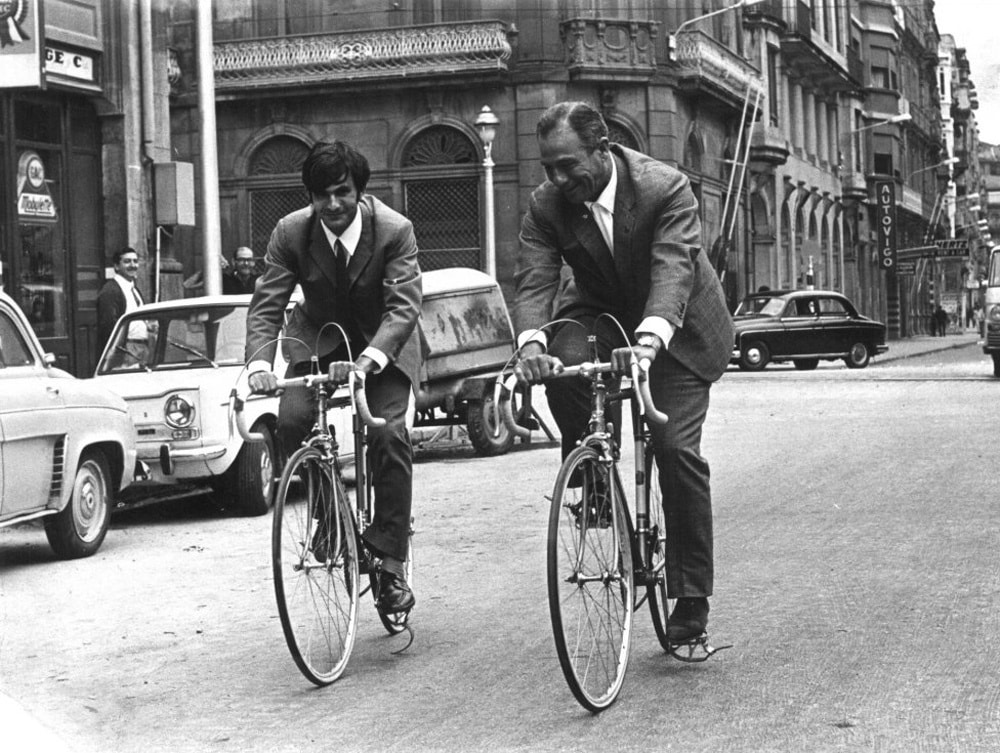 The palmarès of Delio Rodríguez:

# Thanks to all the photographers and the many sources of information, especially La Voz de Galicia. #

How the WorldTour relegation battle is negatively impacting racing: ‘Cycling shouldn’t be like this

Evenepoel and Roglic lose Serry, Kuss to COVID-19 and fever at Vuelta a España

Evenepoel and Roglic lose Serry, Kuss to COVID-19 and fever at Vuelta a España