Vuelta Stage Report: Stage 12 was a race on two fronts with a big break fighting for the day’s honours and the GC men looking to gain some time nearly 10 minutes later. Richard Carapaz saw off the others in the break for the stage victory. Behind; Remco Evenepoel dominated the other GC men on the final climb and there was little change on the overall, Kelderman and Polanc both moved up.

The last kilometre of stage 12

The twelfth stage of the Vuelta a España, with the finish on the summit of Peñas Blancas, was won by Richard Carapaz. The Olympic champion of INEOS Grenadiers was part of a big break and was the best attacker on the long final climb. Wilco Kelderman came in second. Red jersey Remco Evenepoel crashed during the stage, but was not hindered by it. With ease he kept his competitors at bay.

Race director, Fernando Escartín: “The peloton will cover all of the Province of Málaga, from one end to the other. It will be a completely flat day until the Peñas Blancas climb. Although this mountain pass has already featured in La Vuelta before, it will be four kilometres longer (making a total of 20) in 2022. Very tough finale that may make important changes to the general classification.” 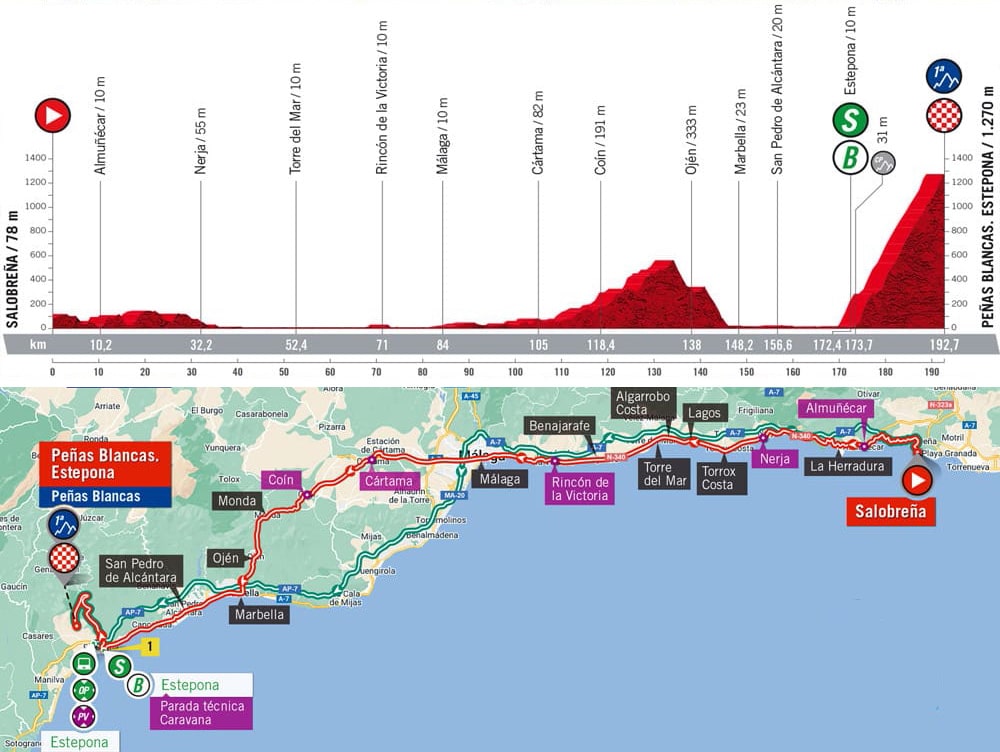 Again there were some covid cases in the Vuelta. Boy van Poppel and Santiago Buitrago didn’t start stage 12. Jay Vine and Richard Carapaz were at the start and tried for the early break. It failed, like many other attacks. 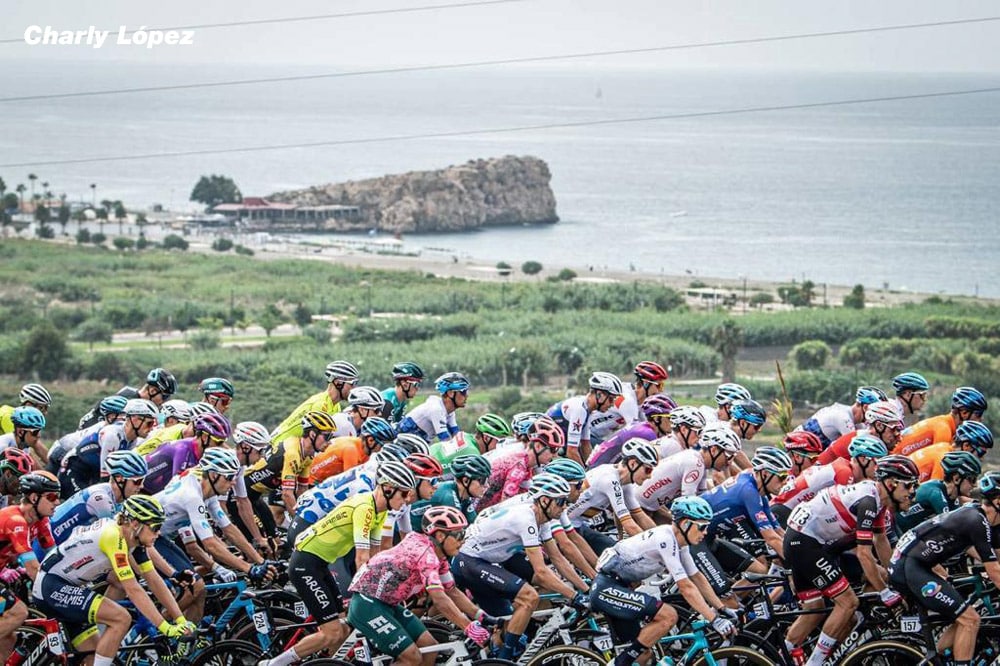 Much of the stage followed the coast

After 40 kilometres the break of the day formed with 32 riders. Quick-Step-Alpha Vinyl and Groupama-FDJ wanted to keep the gap small, but they let the large group ggo. This all happened on a flat section as there was little climbing in the first 100 kilometres. 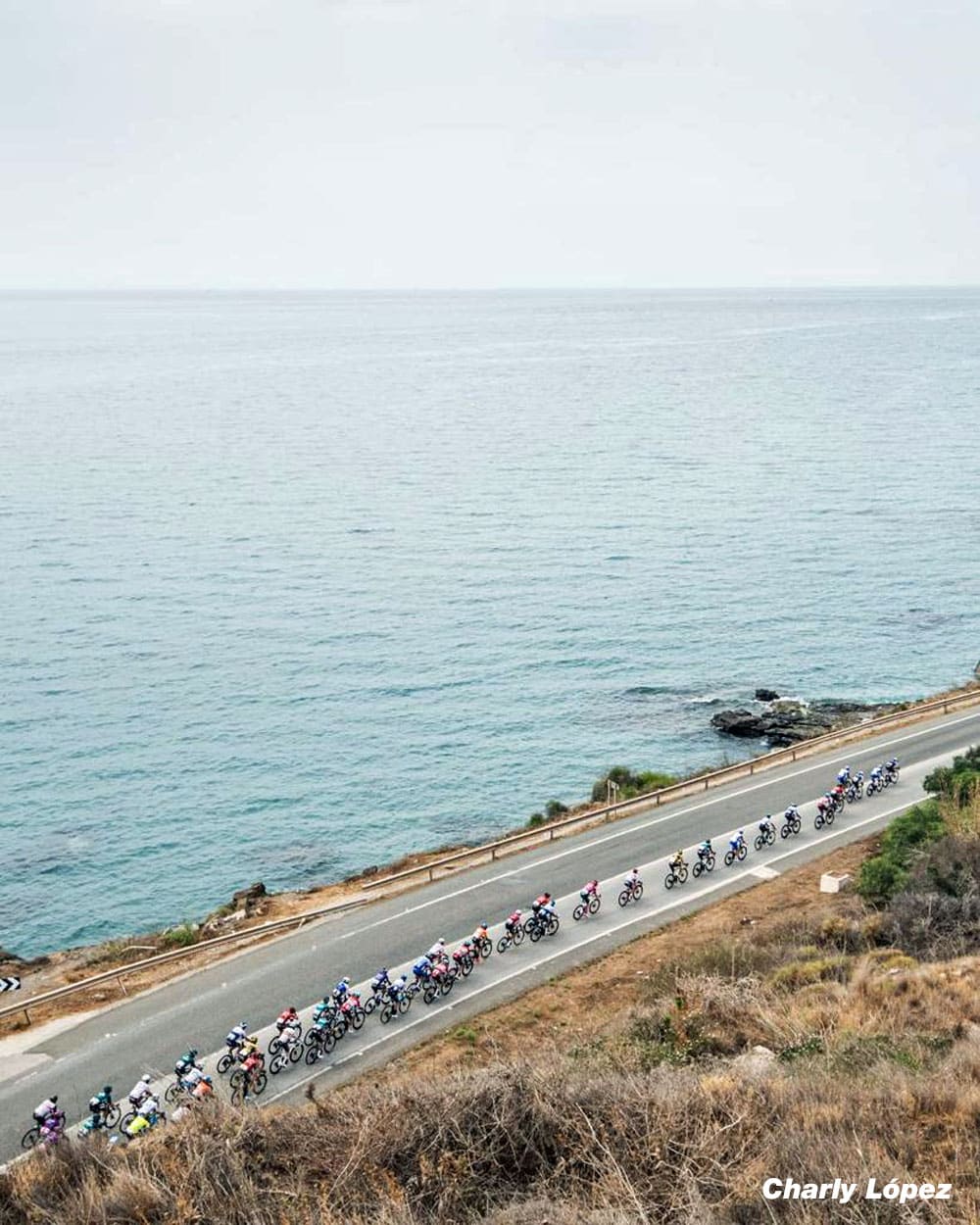 Heat and humidity in the south of Spain 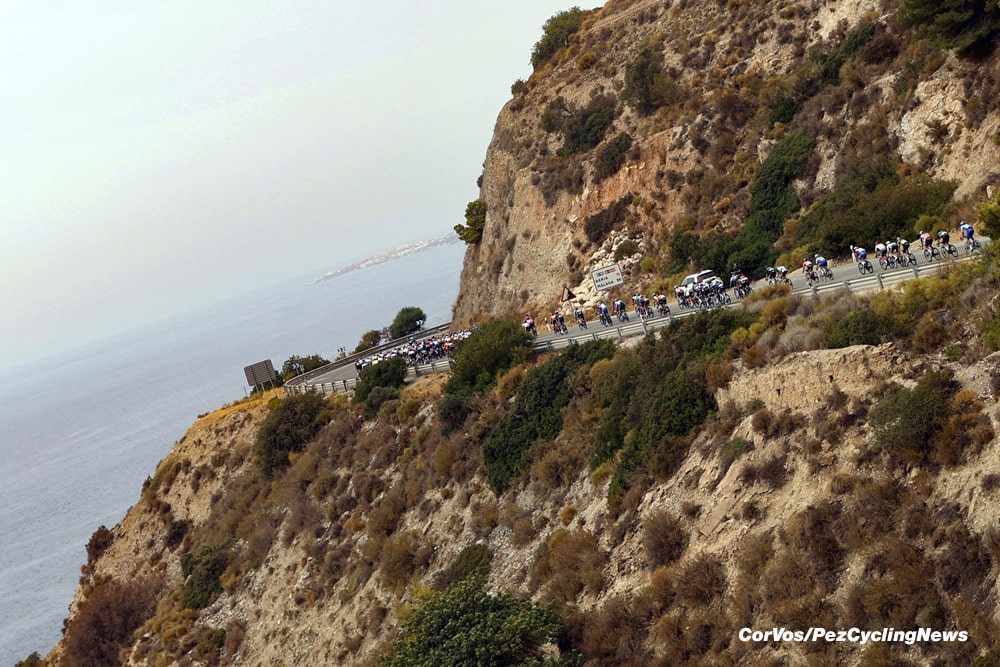 There was some climbing during the stage, but there is a summit finish to look-forward too 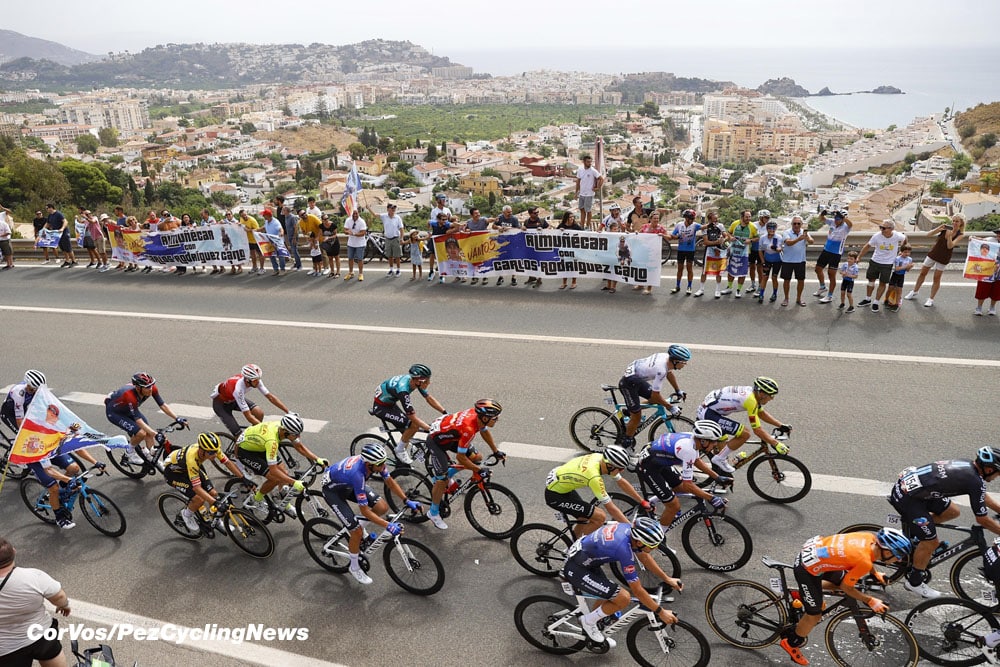 The Carlos Rodriguez fans were out on the course 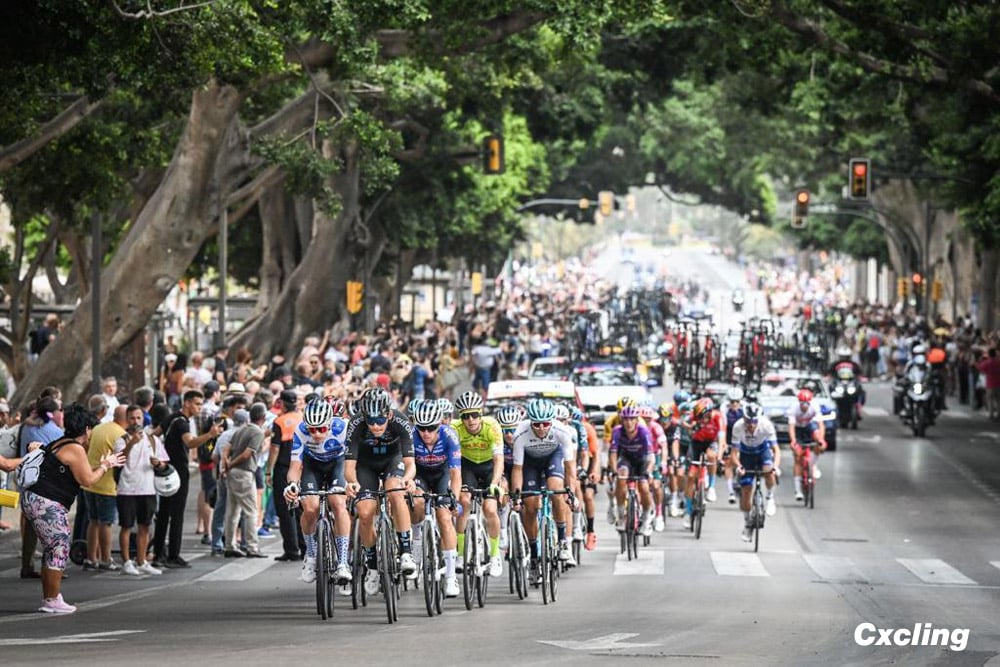 Big break of the day 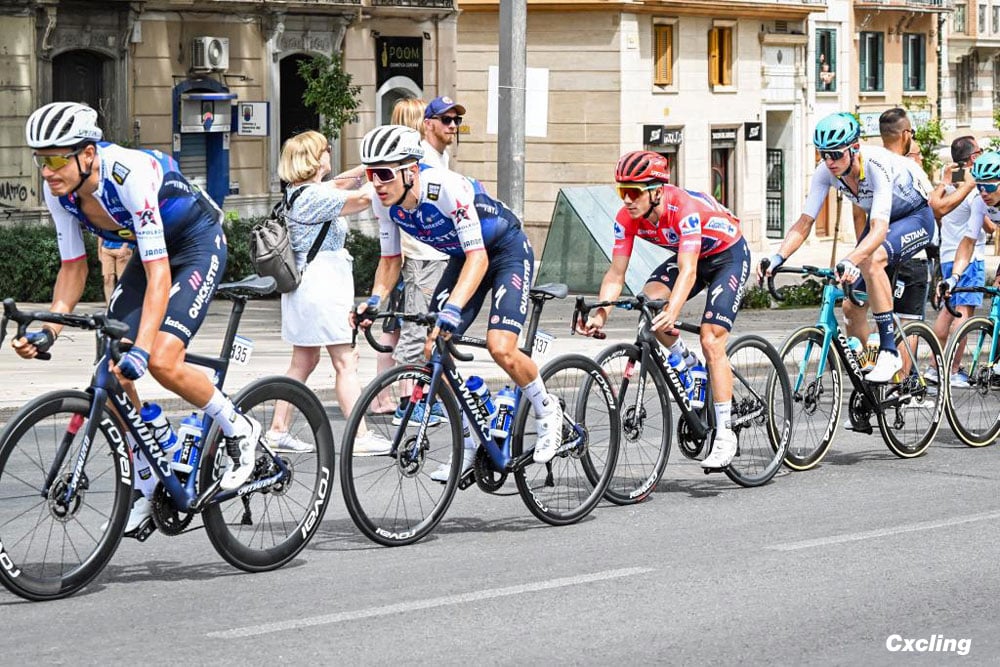 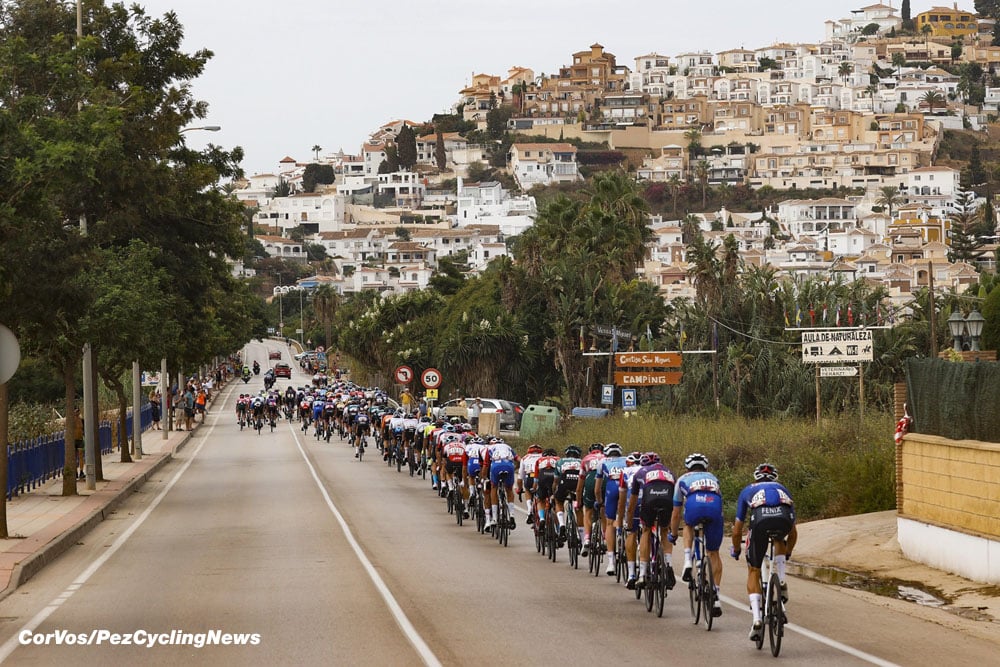 Not a slow day in the peloton 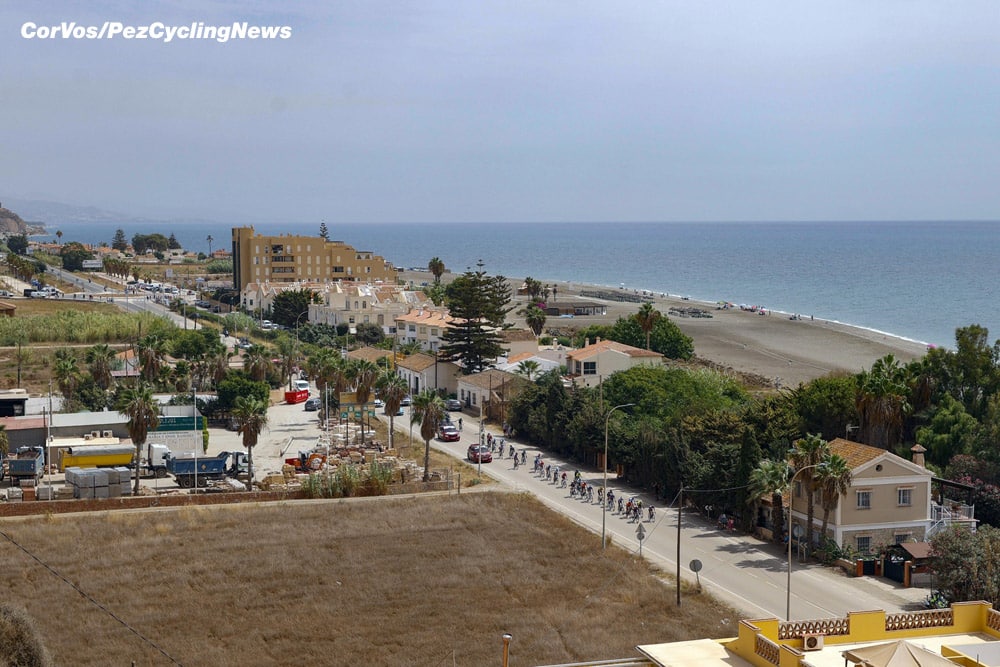 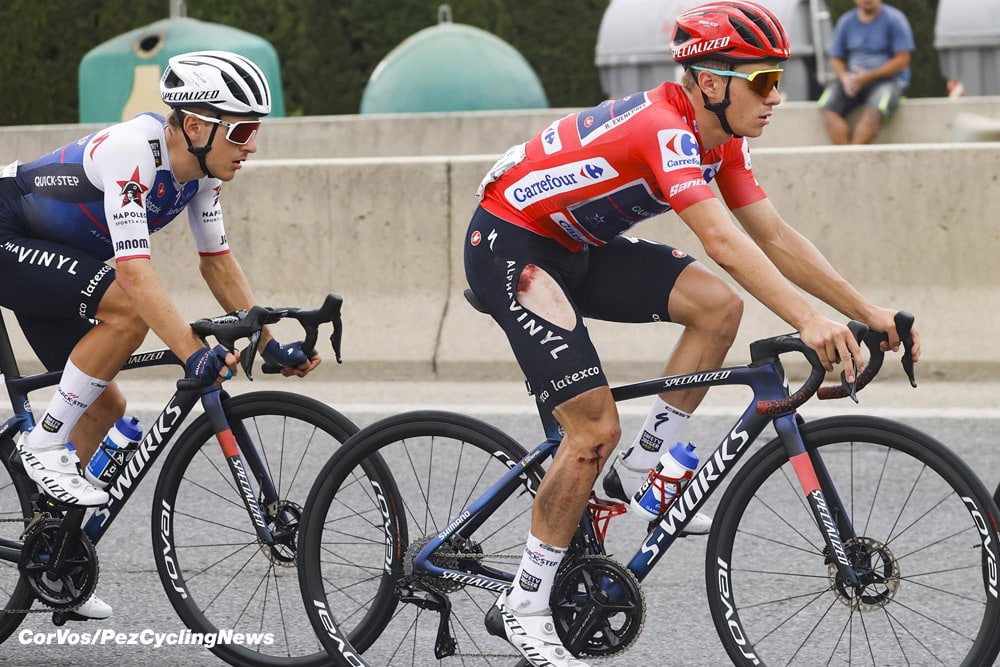 Remco Evenepoel crashed, but no problem 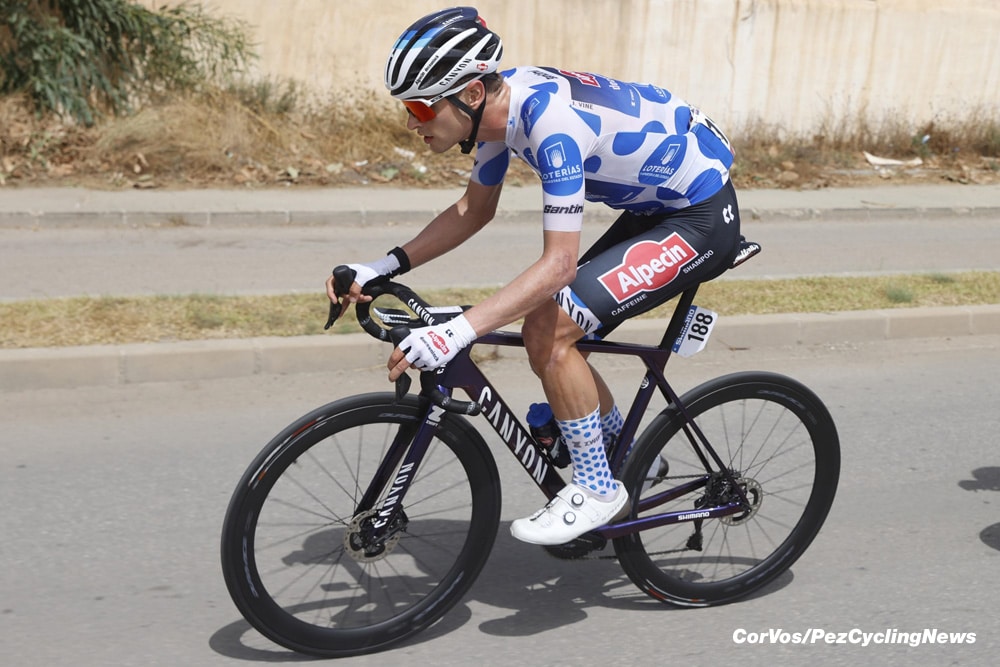 It could have been another win for jay Vine, but…

# Stay PEZ for all the Vuelta a España action. #

WORLDS’22 Road Race Preview: Who Will Take the Rainbow Jersey?