Vuelta Stage Report: Stage 17 ended in a real battle for the stage win. Rigoberto Urán came across the line first, but only after continual attacks for the riders in the break of the day. Behind; Remco Evenepoel kept his closest rival, Enric Mas, close for no change on the overall standings.

The final kilometre of stage 17

Rigoberto Urán has completed his trilogy. The Colombian of EF Education-EasyPost was the best escapee in the Vuelta stage to Monasterio de Tendudía, ahead of Quentin Pacher and Jesús Herrada. Urán has now won stages in the Giro, the Tour and the Vuelta. The battle amongst the favourites didn’t result in many time differences. Remco Evenepoel was in control, reacted to an attack by Enric Mas and only let João Almeida get away.

The jerseys line up at the start, but no Primoz Roglič

Race director, Fernando Escartín: “Leg-breaker stage, with constant ups and downs, that is sure to be affected by the Extremadura heat. It will be a golden opportunity for a breakaway. The final climb up Tentudía is not excessively difficult, but it is unlikely to end in a sprint (not even for a reduced peloton) and will not be conducive to creating any big differences among the favourites. Those who manage to escape will have to work really hard.” 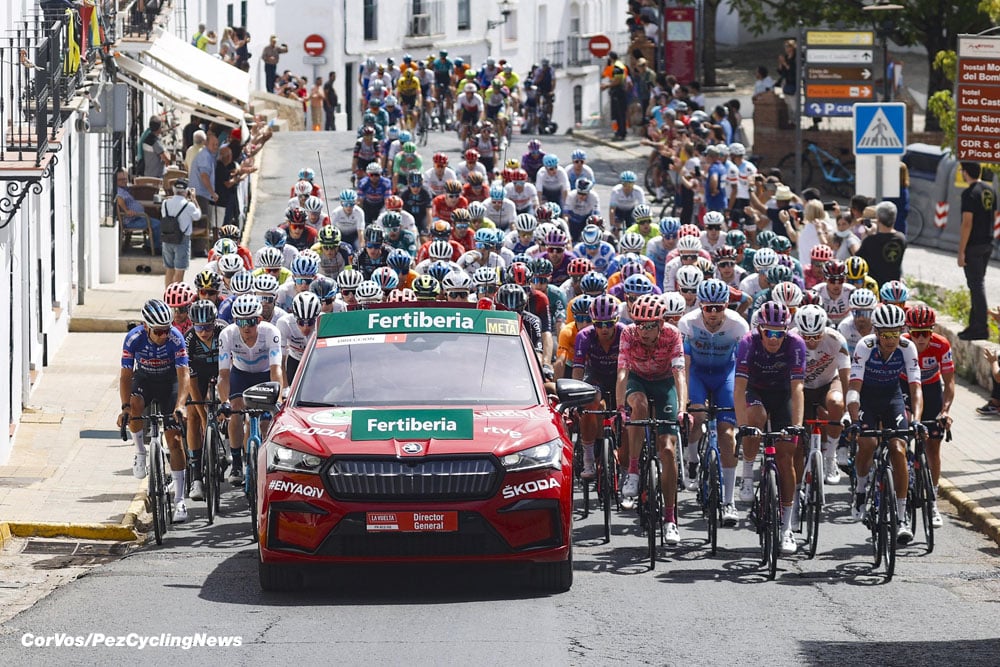 Stage 17 could be tough, but Evenepoel has over 2 minutes in hand now 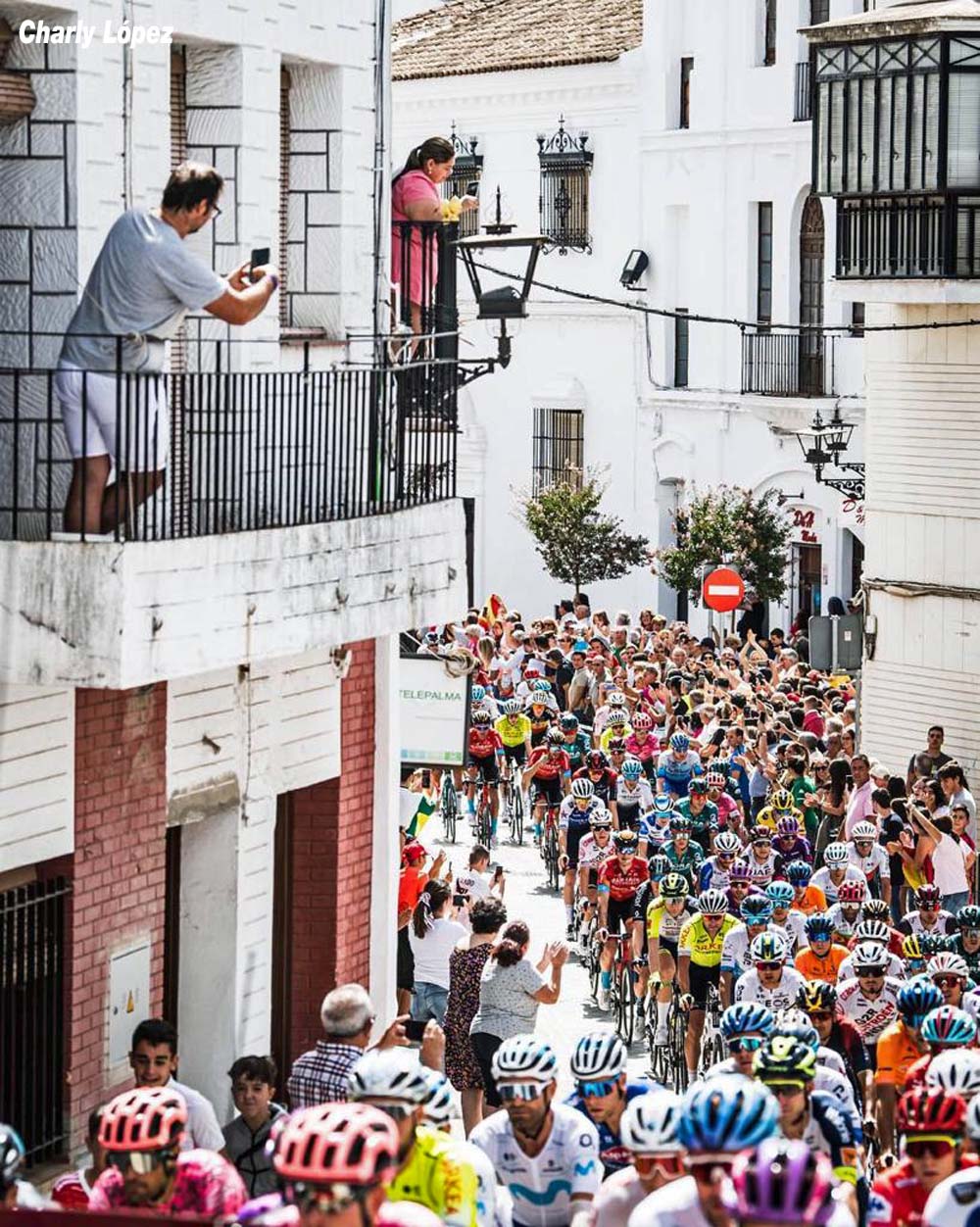 The town of Aracena was happy to have the Vuelta 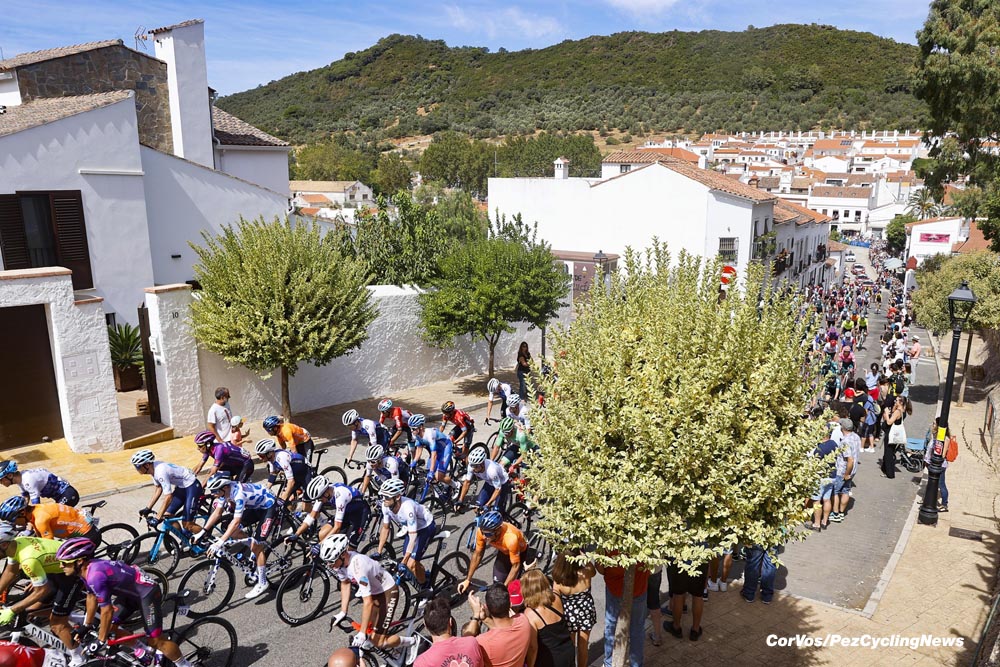 The stage was about to explode 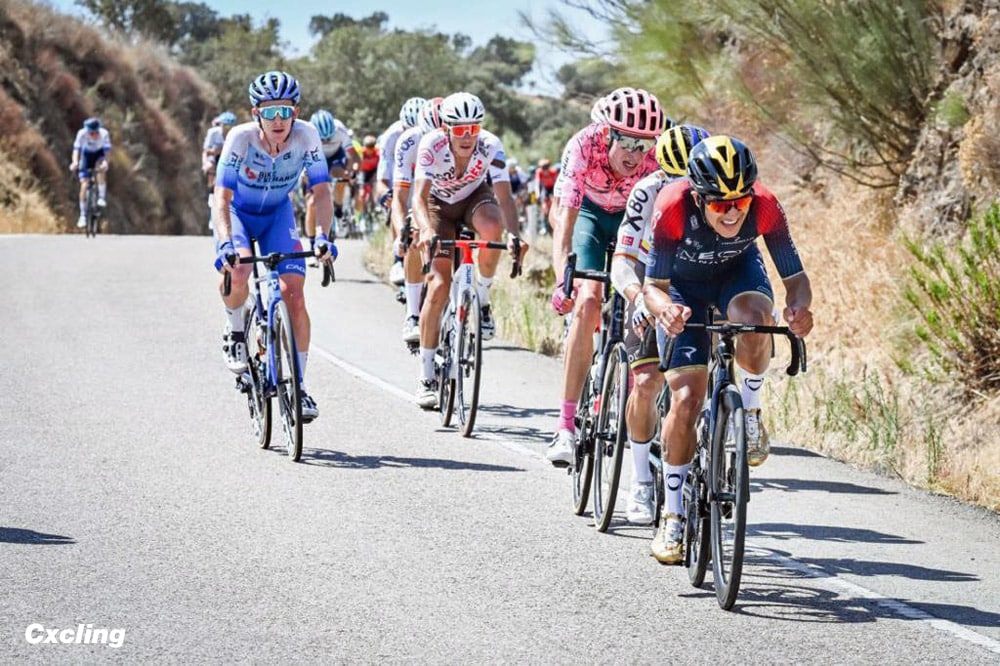 Carapaz wanted to be in the break again 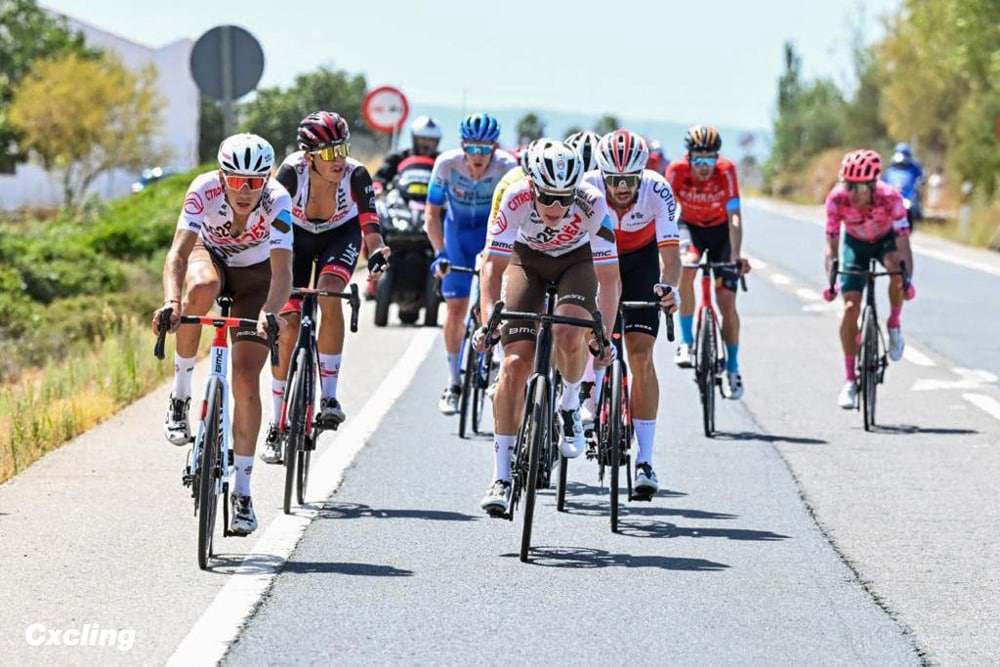 When the break did form, the Olympic champions wasn’t there 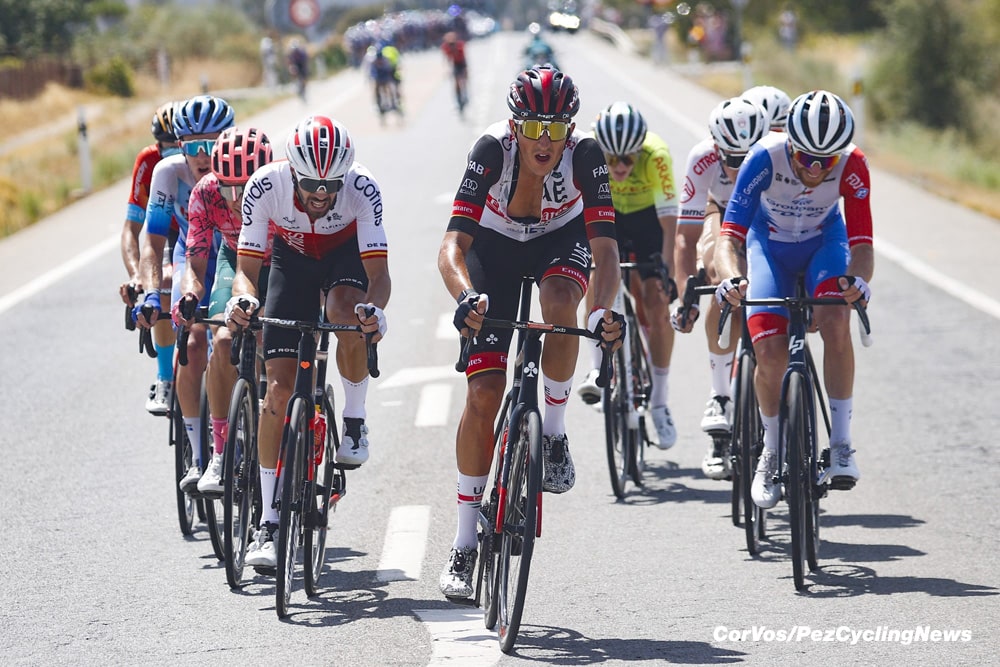 It was a hard fight to get in the break 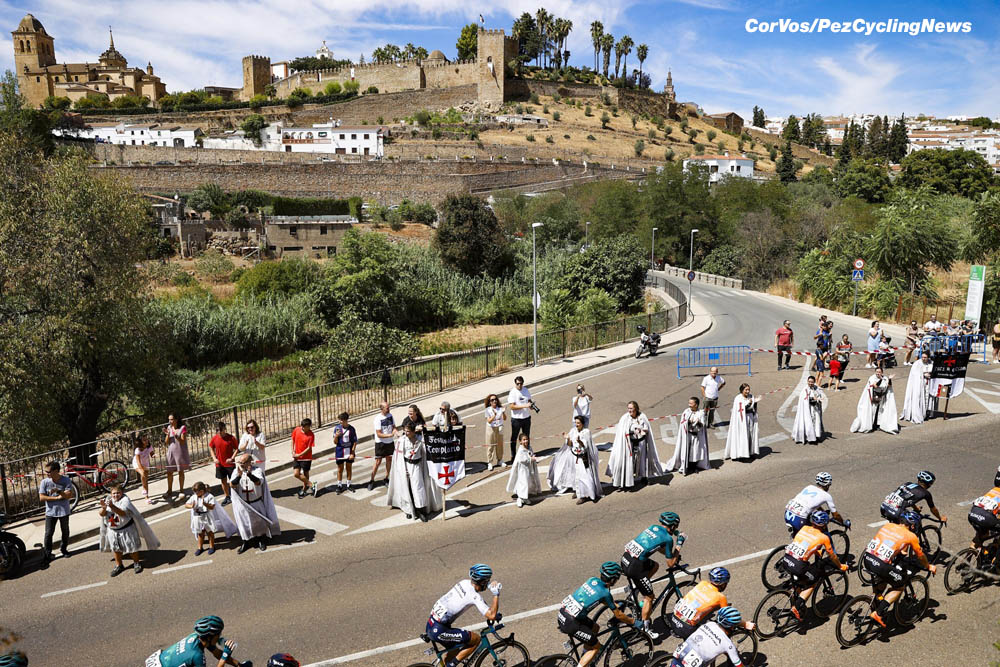 Lots of castles in this area and some knights 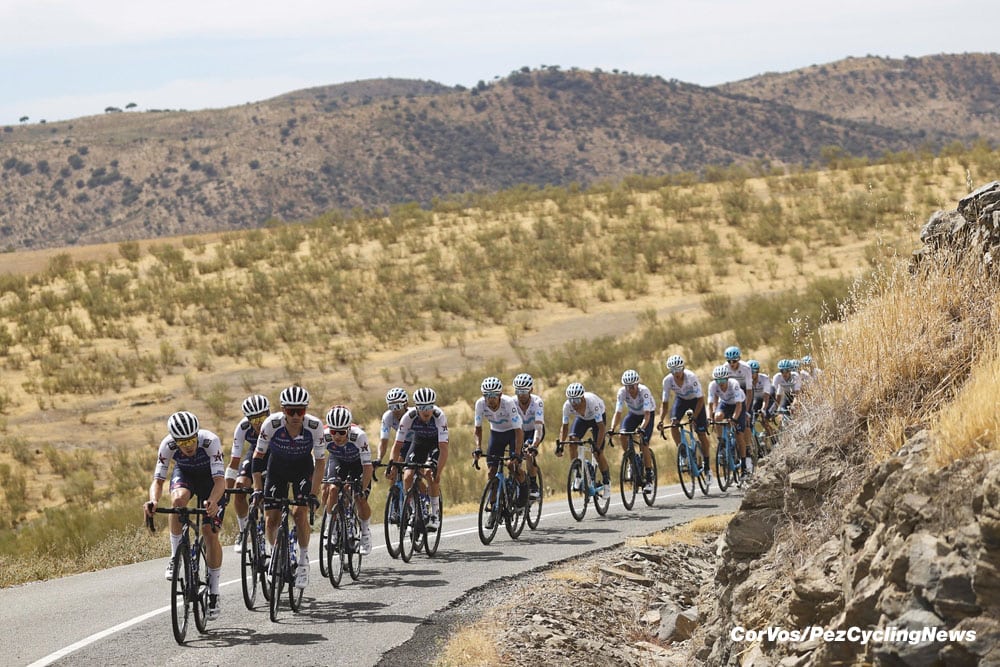 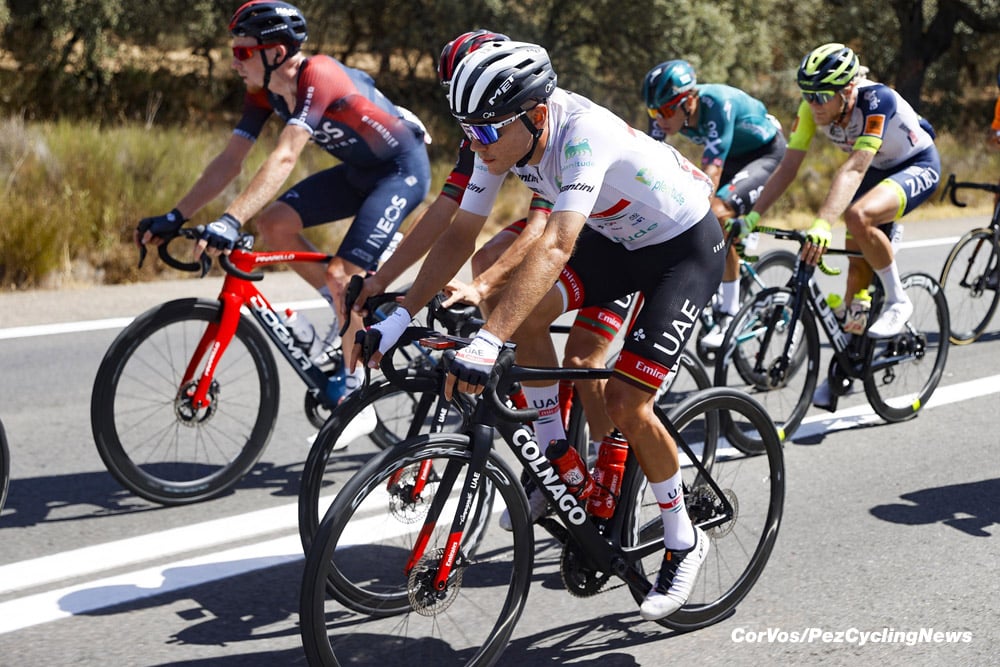 Juan Ayuso is now on the GC podium 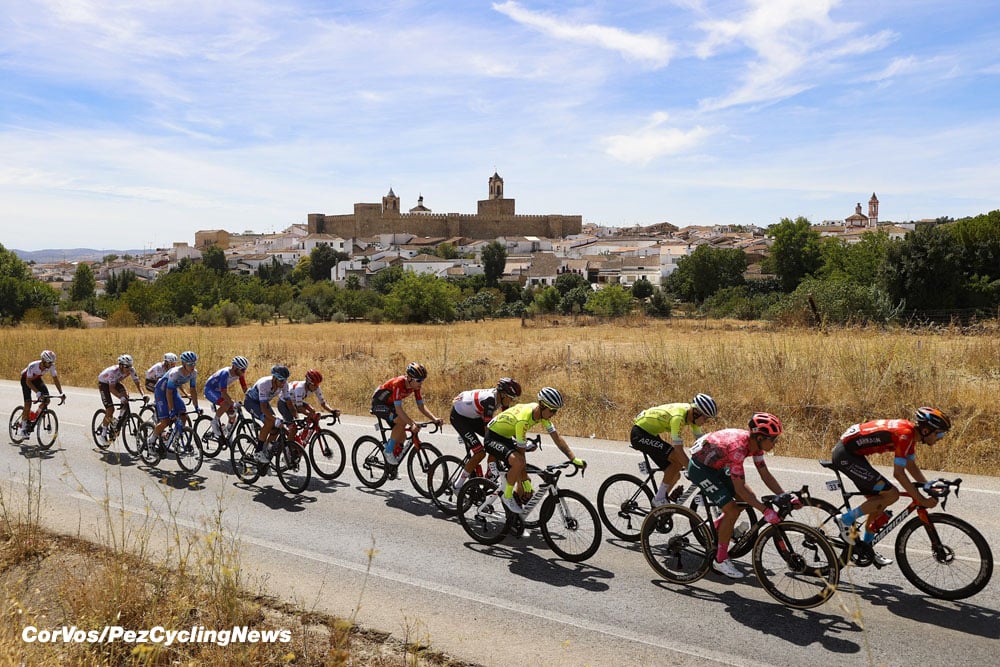 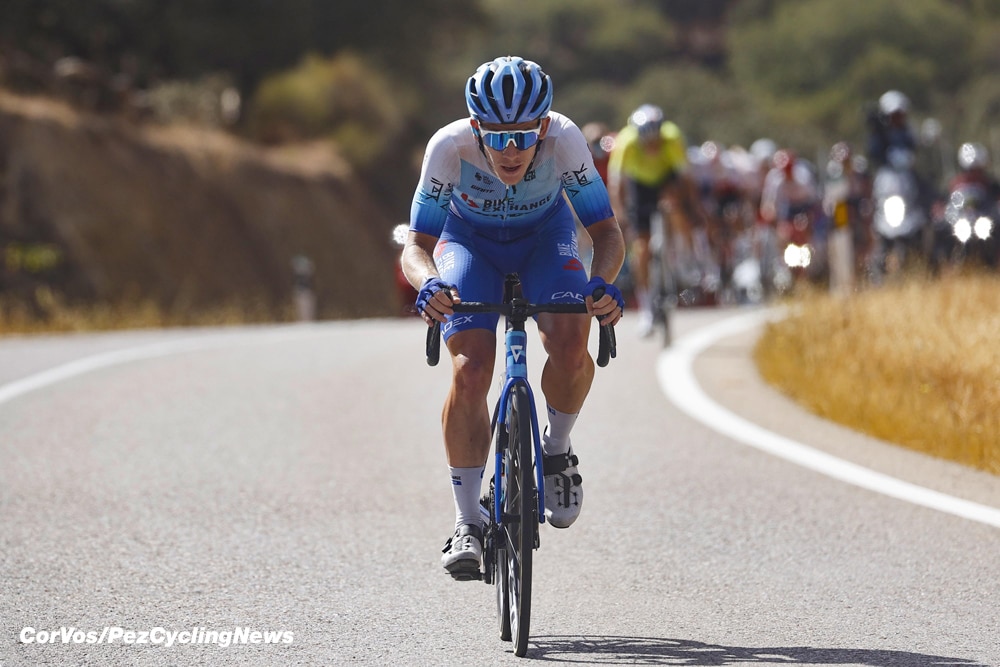 Lawson Craddock put in a big attack before the final climb 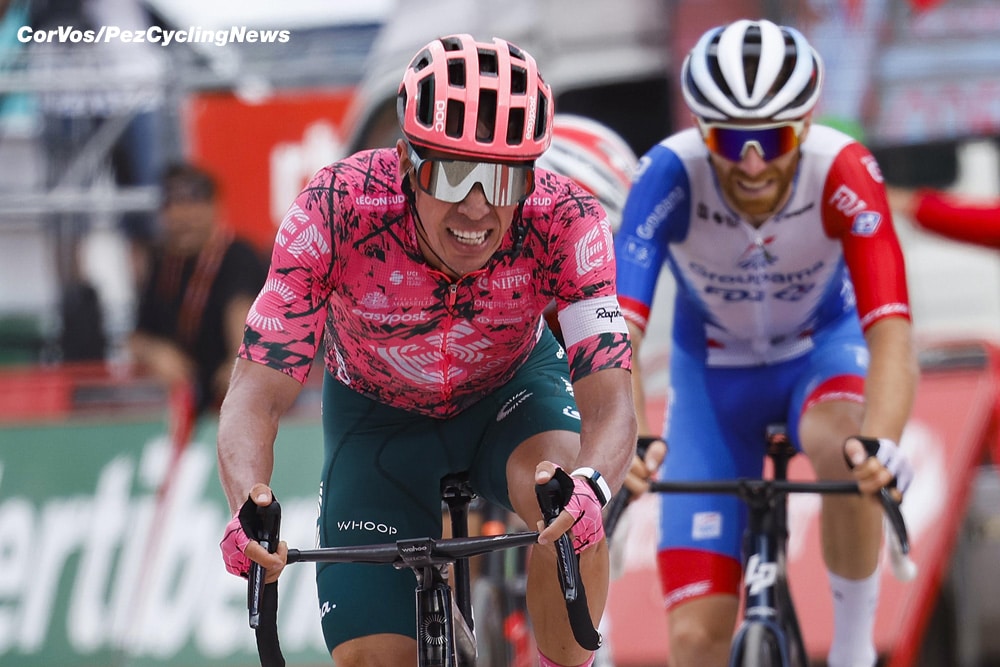 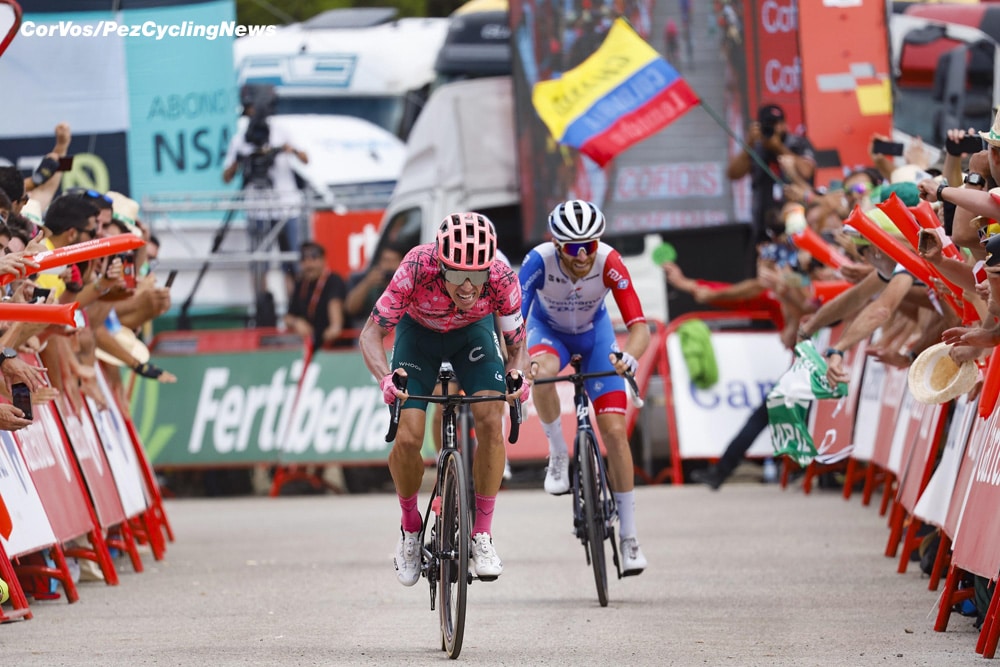 Overall leader and Best Young Rider, Remco Evenepoel (Quick-Step Alpha Vinyl): “Enric [Mas] made my day difficult. It was not so easy to follow his attack. I think the first one was quite a hard one. Then I knew Almeida was further down in the GC so I could give him so space. It was a very nice move and a brave move from him. I think Enric tried to see how my legs were today but I could respond very well. The team brought me in a good position to the final climb. The speed was really high. It wasn’t an easy finish at all. I think the gradients were quite steep again on this climb. I think the race as hard to control as it was with Primoz [Roglic]. But of course, on a finish like this, Primoz is a really explosive guy. He can go in the last 500m and take 10 or 15 seconds so I think now there is less danger from attacks like this because Enric is a bit less explosive than Primoz. I think that’s the main difference but that doesn’t make it easier, not at all.”

# Stay PEZ for all the news from la Vuelta a España. #