Claudia Mason: ‘Be late and don’t become a killer’

Claudia Mason holds a photo of Robb near the site of his fatal hit and run near the Spokane Street Bridge. Critical Mass riders held a memorial ride for Robb in July.

Claudia Mason is incredible. In the midst of heartache I cannot imagine, Claudia has bravely shared her story of loss in hopes that others might be spared the pain she has felt since her husband Robb was killed while biking home from work July 15. He was 63.

Critical Mass turned their July ride into a memorial for Robb, and Claudia was waiting at the crosswalk where he died holding his photo. She spoke to the crowd gathered about how much she and Robb loved Seattle.

“Now I have to enjoy everything we loved about Seattle without him. And it’s going to be hard,” she said. She described herself as usually quiet and reserved, but said she must speak about this so that the problems are fixed.

This week, she wrote a piece in the Seattle Times about Robb that everyone should read.

I woke up today, Aug. 15, in an empty bed. It was the 31st morning that I woke up alone since the death of my husband.

On the evening of July 15, I waited for hours in fear, not knowing why my husband, Robb, was not home and not answering his cellphone.

I called the police and the hospitals, over and over, in a futile attempt to find out where he was.

It wasn’t until later that night that the King County Medical Examiner called my home to say that my husband, Robert J. Mason, my Robb, had been struck and killed in a hit-and-run collision. It happened just east of the West Seattle Low Bridge on West Spokane Street where, like many nights before, he had been riding his bike home from work. They told me that his injuries were so severe, he died at the scene of the crash. Witnesses reported that the car that hit him just sped off, leaving his battered and bleeding body strewn in the street. The paramedics tried hard to save him, but they could not undo the sheer violence inflicted on his body. It’s everyone’s worst nightmare come true, and now it is my nightmare.

She pleas for the driver to have “the courage or common decency to come forward and take responsibility for this tragedy.” Anyone with information should call SPD’s violent crimes tip line at 206.233.5000.

But she also has a request for people driving cars: Be late.

Be late and don’t become a killer.

It’s just not worth the risk. Your actions behind the wheel are the result of your choices. So, please, look at the big picture and choose wisely, because one day, it might be your loved one who does not come home … and like me, you could be the one counting the mornings you wake up to an empty bed.

You can help offset some of the financial losses following Robb’s death by contributing to a GoFundMe. 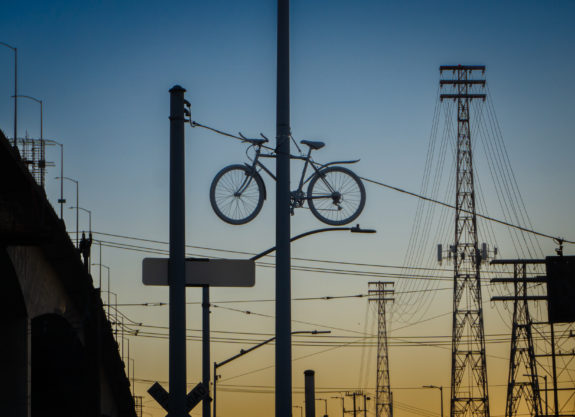