Young Gun Rider Interview: The Volta a Portugal doesn’t get much recognition outside its home country, but ask anyone who has ridden the Portuguese tour and they will tell you how hard it is and how difficult it is to get a result. Scott McGill not only won two stages, he also brought home the final win in the points classification. Ed Hood caught up with Scott on his return to the US, before he won the Bucks County Classic last weekend.

The Volta a Portugal is a race which beyond the national borders doesn’t cause much of a stir to cycling pundits and fans. But in Portugal, it’s huge. 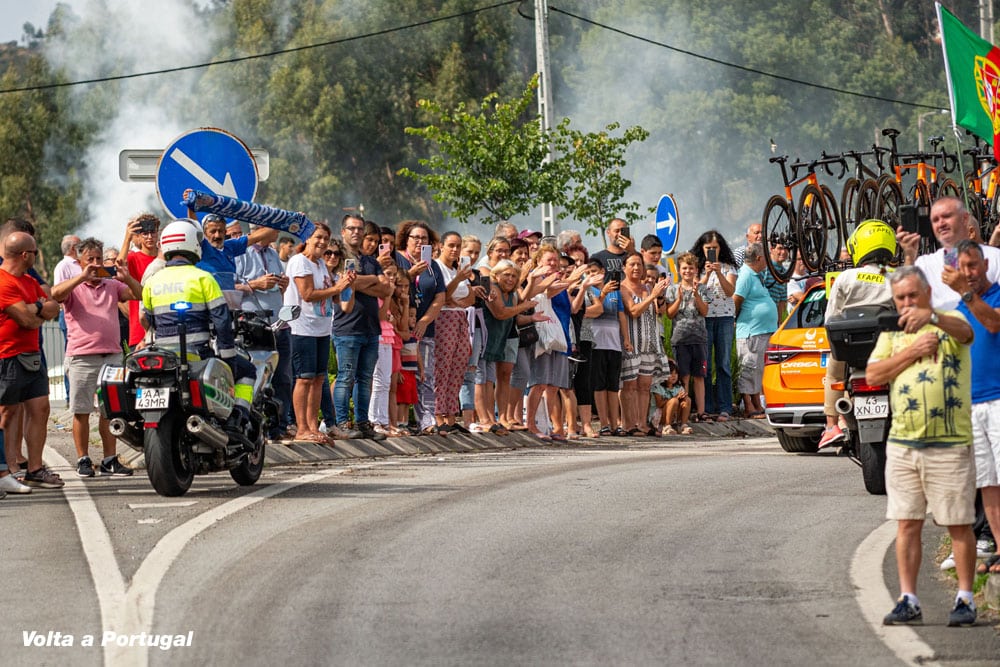 Yes, the Volta a Portugal is big

I have a soft spot for the race, back in 1988 Worcester’s Cayn Theakston became only the second British rider to win a continental national Tour – Vin Denson won the Tour of Luxembourg in 1965 – taken out by crashes in the previous two editions of the race Theakston triumphed in a 19 stage, three week epic over terrible road surfaces, goat track mountain passes and rivalry within his own team. The field in the Volta back then was probably unique in that top level professionals rode alongside local amateurs making for uncontrolled and dangerous racing. Theakston was one of the first riders I interviewed when I decided I wanted to be a cycling scribe and every year since then I’ve watched the Volta with interest. The race is now contested over 10 days with one rest day but is no less hard fought with teams vying for precious national newspaper column inches and TV time. 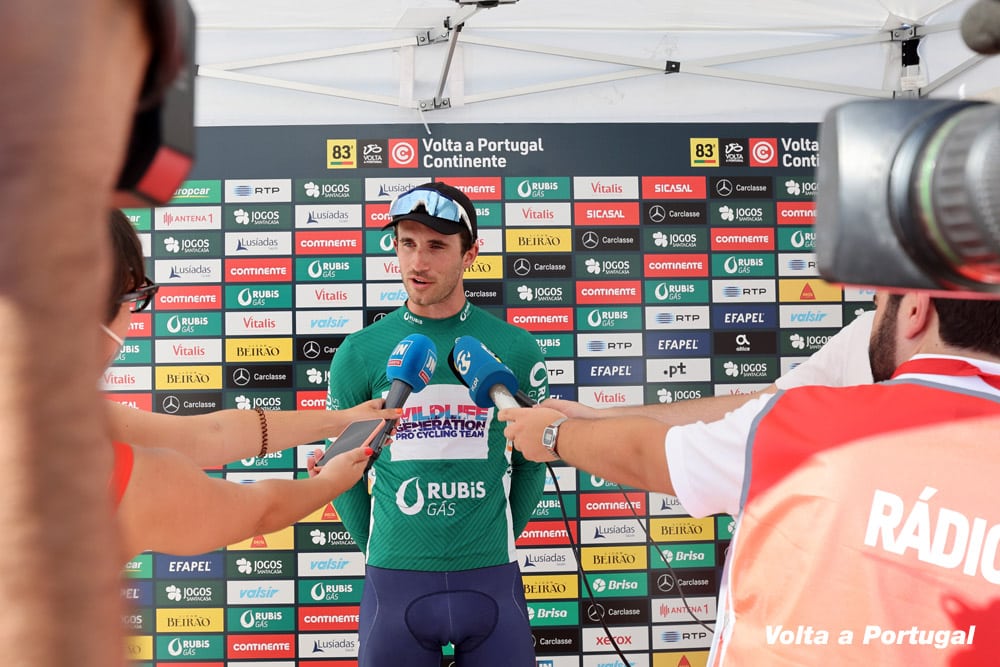 Big media following in the Volta a Portugal

This year the race was dominated by the Glassdrive Q8 Anicolor squad who filled the first three GC places with 27 years-old Uruguayan Mauricio Moreira winning the final time trial and GC. Unsurprisingly, Glassdrive – an auto glass repair service – took the team prize and with Frederico Figueiredo the mountains jersey – but one jersey which eluded them was the points. That went to United States rider, Scott McGill of the spectacularly titled continental, ‘Wildlife Generation Pro Cycling Team’ who took two stage wins and another three podium finishes on his way to final green jersey success. We caught up with Scott upon his return to the USA:

PEZ: Congratulations on a great performance, Scott – give us the basics about yourself first please.
Scott McGill: I’m 23 years-old from Fallston, Maryland. 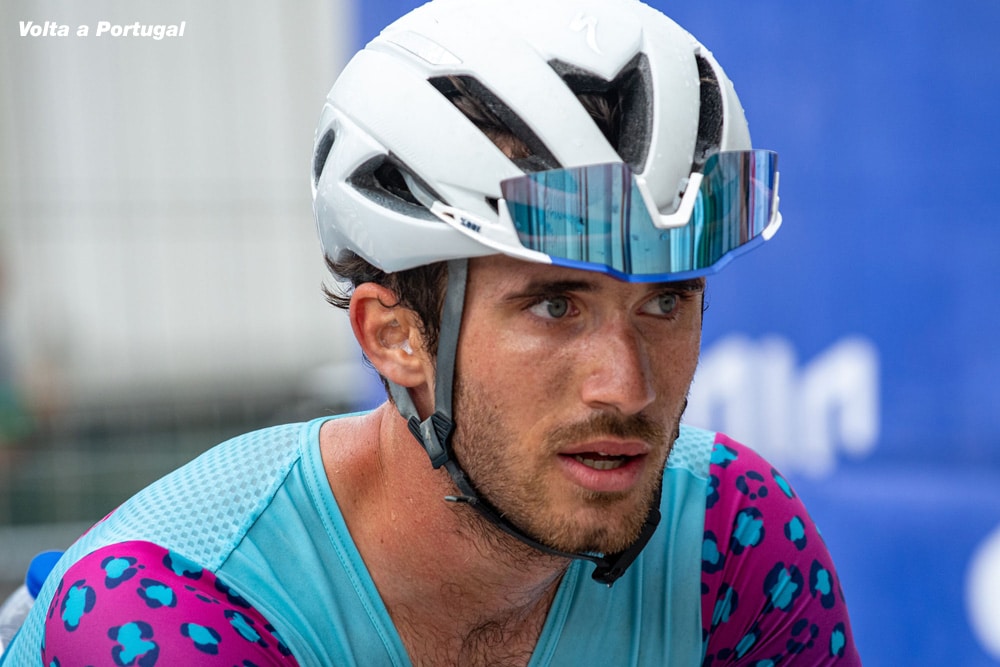 PEZ: How did you get into the sport?
I got into mountain biking when I was eight or nine and began racing MTB, I started road racing when I was 16 or 17 and slowly progressed through to where I am now. 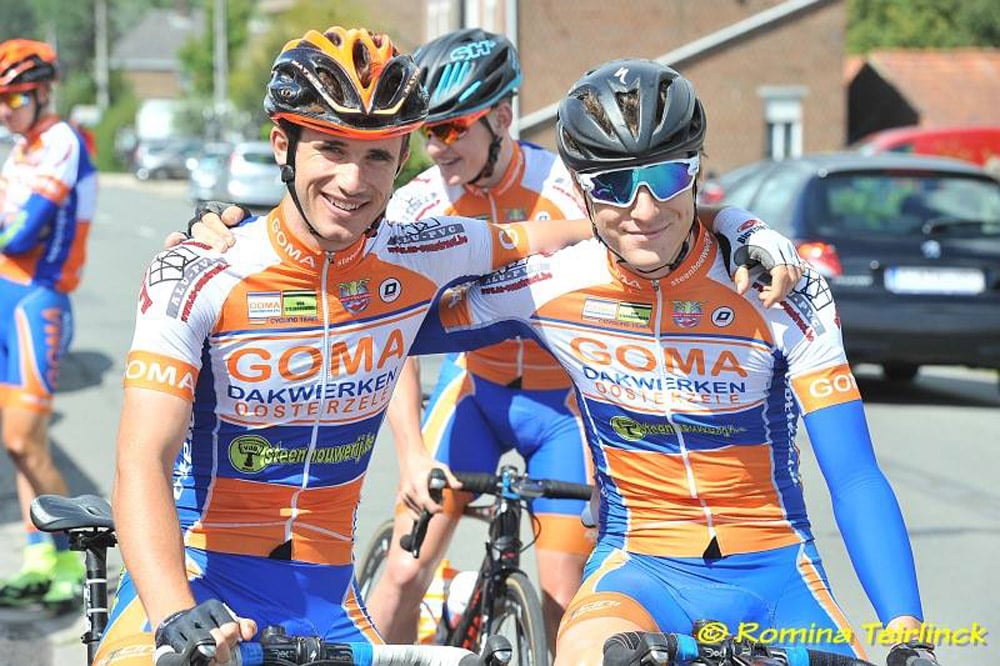 PEZ: Goma Dakwerken VDB Steenhowerij was your team in 2017 – sounds interesting?
In my first year u23 I went to Belgium where I raced for that team and shared a house with a couple of British guys, it was a good experience, I had a few top 10 placings but after that I went back to the States and into college. 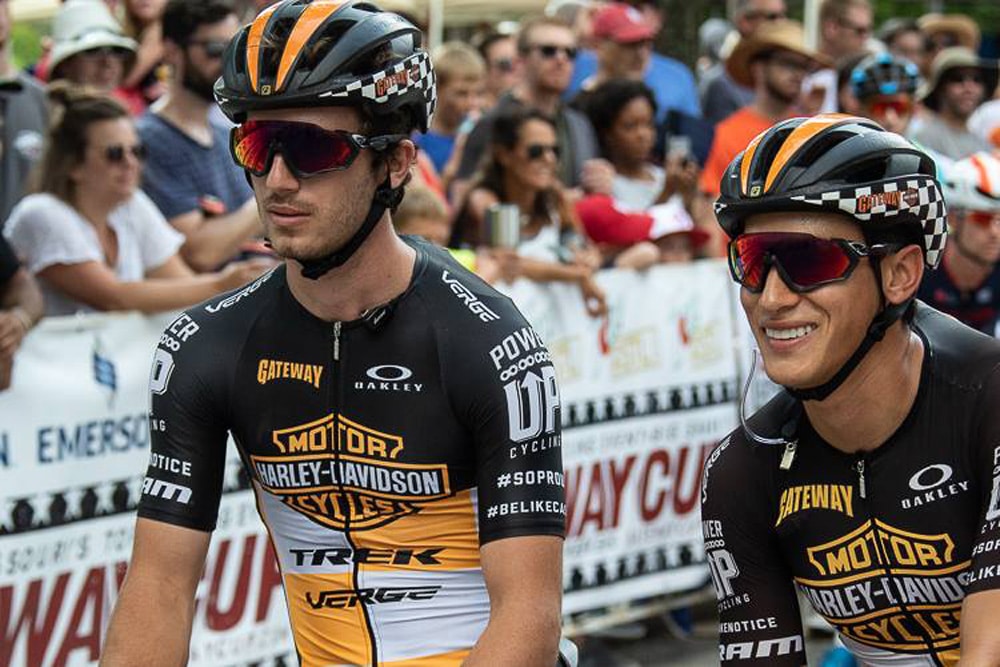 PEZ: Then in 18/19 you were with Gateway Harley Davidson – Trek?
I joined when I came back from Belgium, it enabled me to combine racing with college. 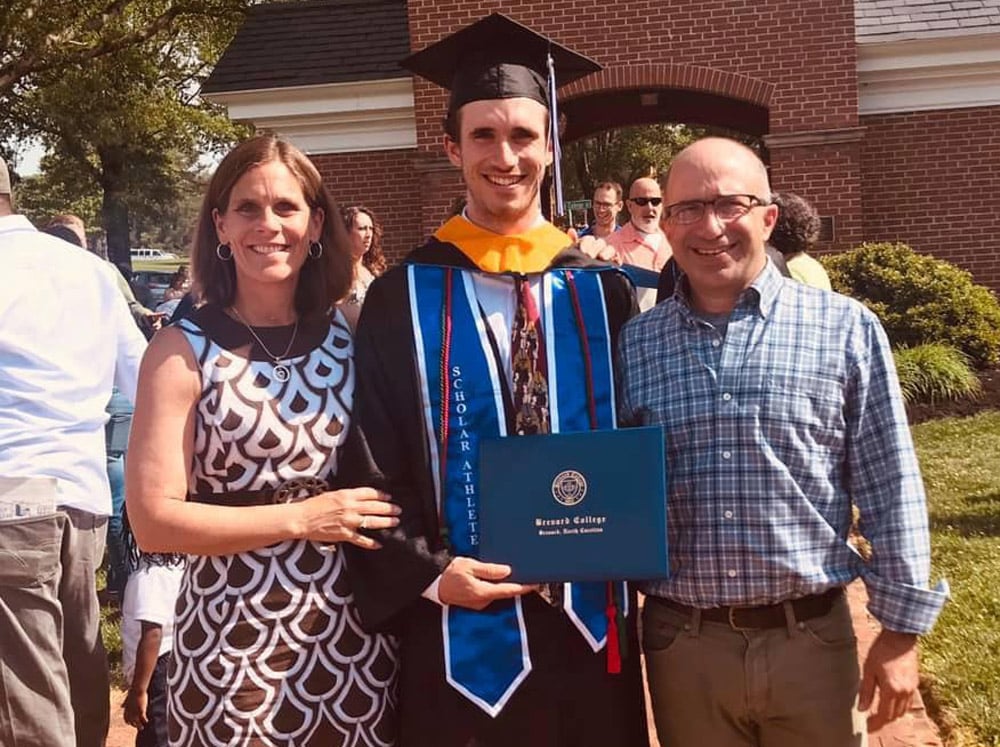 PEZ: Then Aevolo 19/20/21?
I joined them mid-season, that was a very positive experience; the team was run by Mike Creed who, as a rider was US u23 time trial champion then rode for US Postal and Discovery Channel during his career. The team was an u23 development team but because of the pandemic they kept us on another year because of the ‘lost’ season, which was very helpful and generous. 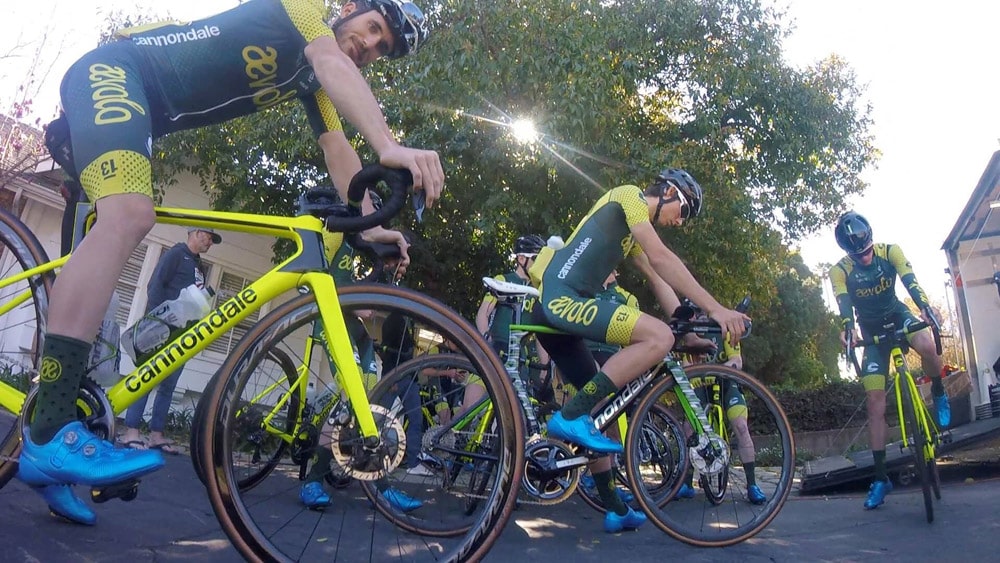 PEZ: Wildlife Generation Pro Cycling is a bit of a different name for a team?
The sponsor behind it is Leah Sturgess, she’s an independent film Producer and Director who became a passionate voice for wildlife after her dog was caught in deadly fur trap that was illegally set on her private property. Our team mission statement is; ‘dedicated to protecting the planet by advocating for wildlife and conservation of habitat and healthy ecosystems.’ 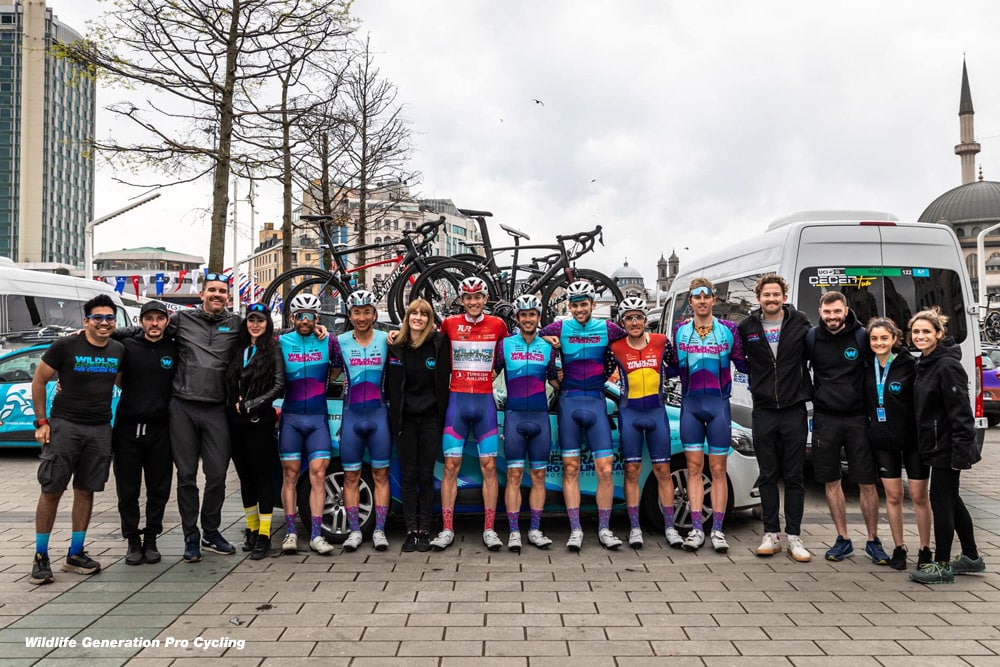 PEZ: You ride a pretty ‘cosmo’ programme.
Yes, we started the season in Turkey with the Tour of Antalya then we had the Tour of Rwanda, back to Turkey where we rode a succession of UCi 1.2 races which got us a ride in the Presidential Tour of Turkey. Then we had the Joe Martin stage race and some one-day races in the USA including the Nationals before the Volta. 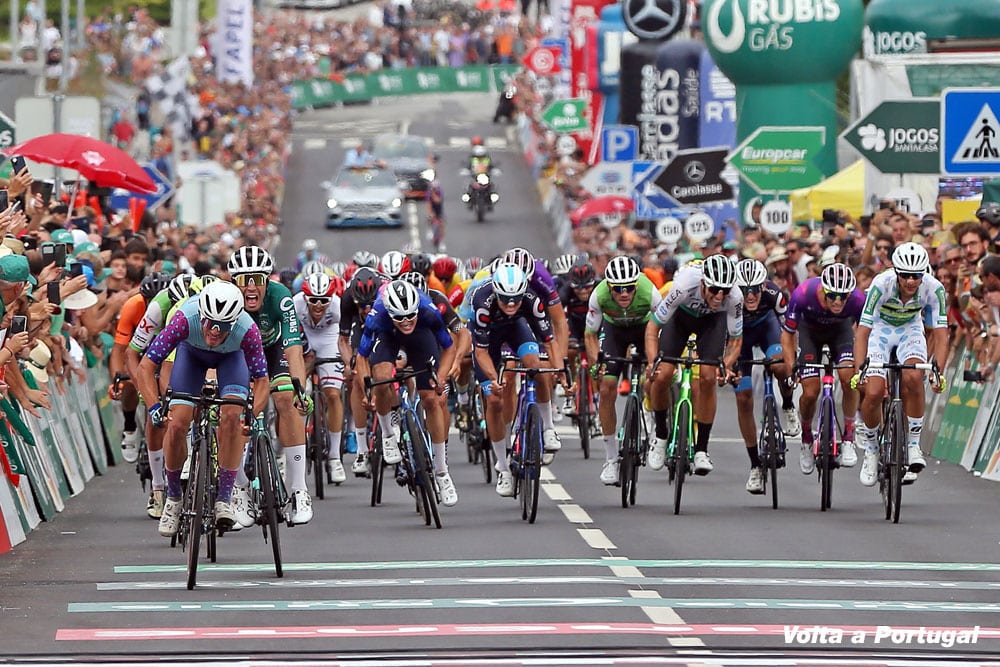 Big sprint at the end of Volta a Portugal stage 6

PEZ: The Volta used to have the name of being pretty wild and uncontrolled?
Not so much now, it was fairly tightly controlled by our team and the Glassdrive guys – but it’s a different scene there; there are these well organized squad with big team buses that you’ve never heard of. From what I heard though, they don’t perform well outside of Portugal – not even over the border in Spain. But the race to the Portuguese is the World Championship, the TV and newspapers are full of it and the crowds are huge. On the last mountain stage they’d lined the roadside for miles with their empty beer bottles!

PEZ: The Volta is the race where you’ve really found your legs, how come?
Winning Stage One gave me a lot of confidence, then I grabbed a couple of second places which I learned from and knew that I could win again. A big factor was that my team rode so well in support of me; in that environment I think I ride well, where I have the pressure of expectation on me – not wanting to let down people who are supporting me so well. 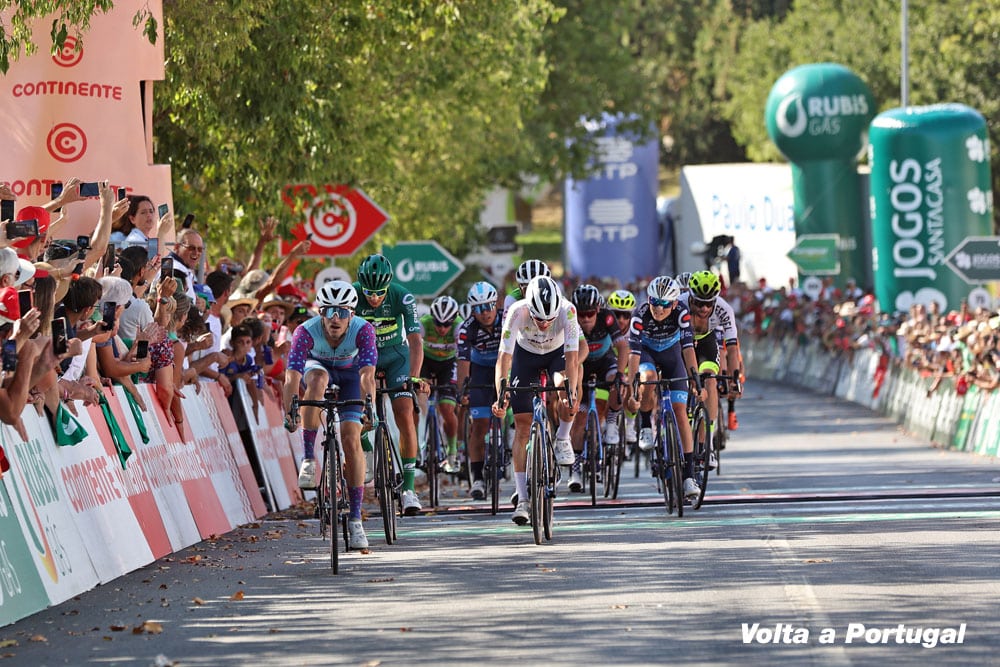 PEZ: Has your Volta success stimulated any interest from pro teams?
There was some interest from Portuguese teams yes, but at the moment I don’t have a contract for 2023 season. 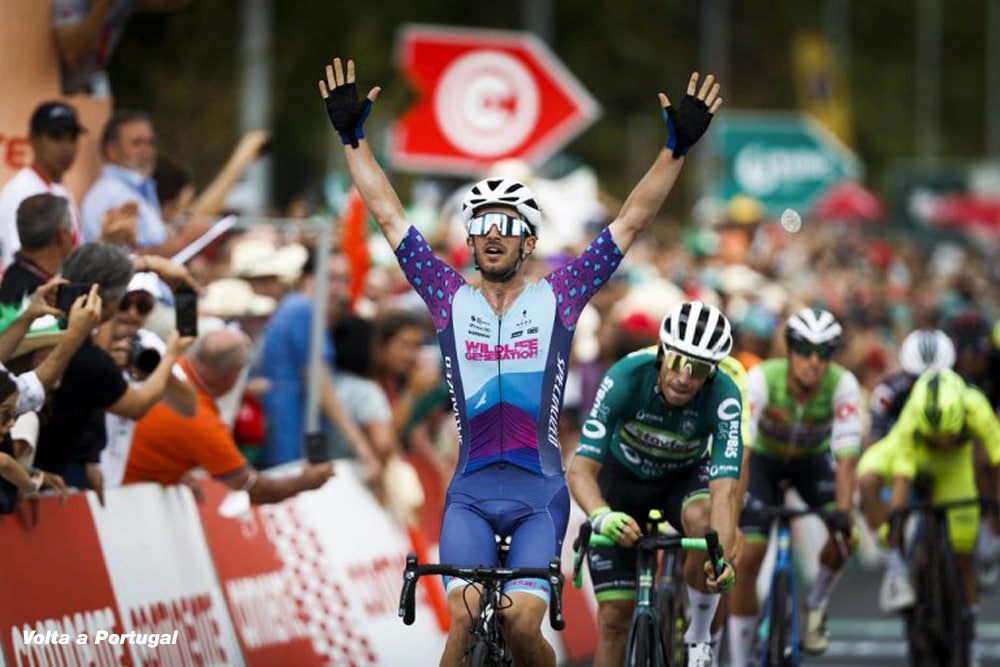 Two stage wins and no contract for 2023?

PEZ: And you’re a ‘Cross Man’ too – unusual for a sprinter.
I rode a full UCi calendar last winter with the objective of gaining selection for the Worlds in Fayetteville, Arkansas – I achieved that, finishing in 24th place behind Tom Pidcock. But I don’t consider myself a ‘Sprinter,’ I’m just a bike rider. 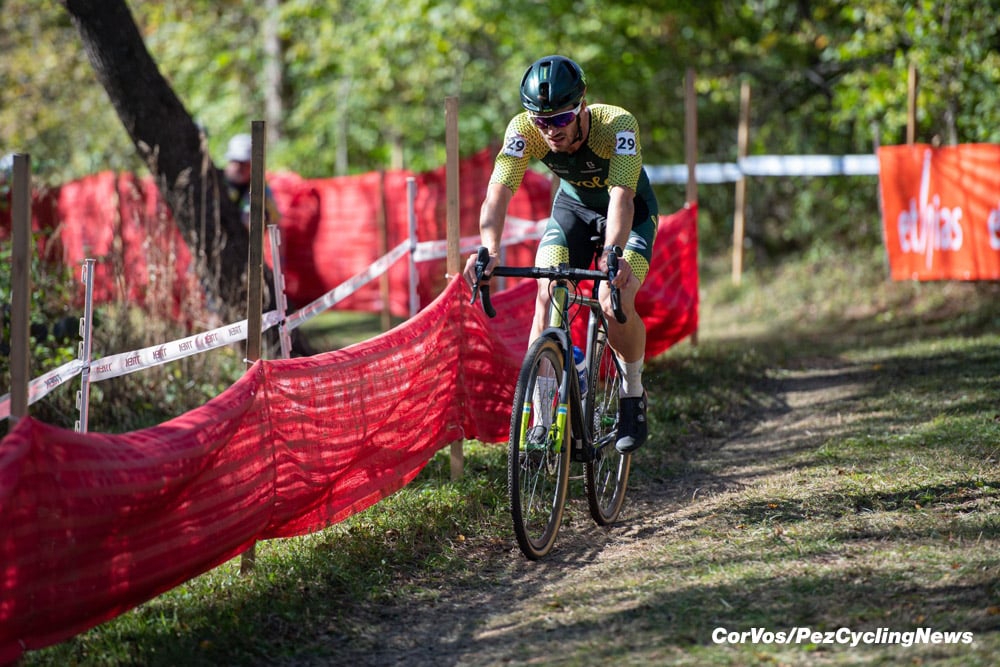 Back to cross in the winter

PEZ: Who coaches you through your varied programme?
Jim Schneider who was a DS with the Gateway team in the US coaches me; before Portugal I hadn’t done a lot of base miles but after the US Nationals I crammed a lot of miles in before Portugal and it worked out for me in the Volta. 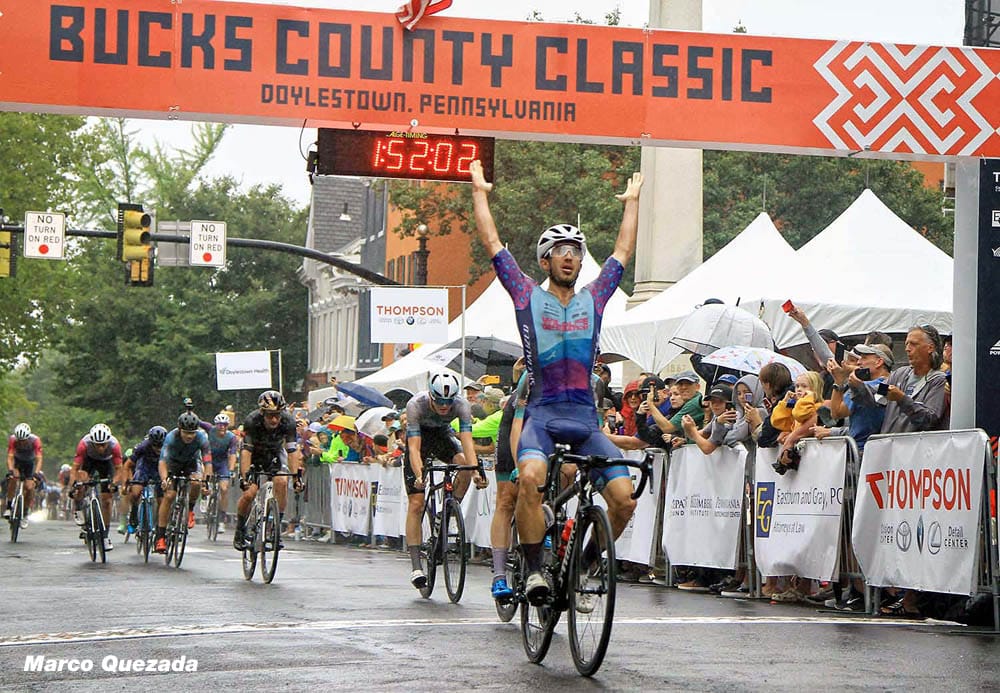 Another win last weekend for Scott in the Bucks County Classic

PEZ: What’s next on the agenda?
That’s a bit up in the air at the moment, we may have some races in October and I might well ride another winter of cyclo-cross? It’s difficult to get continental teams in to race right now; because of the World Tour relegation issues you’re finding the big teams riding races they wouldn’t normally in order to get points and that results in the continental teams getting squeezed out. But for 2023 I don’t have any firm plans. . . 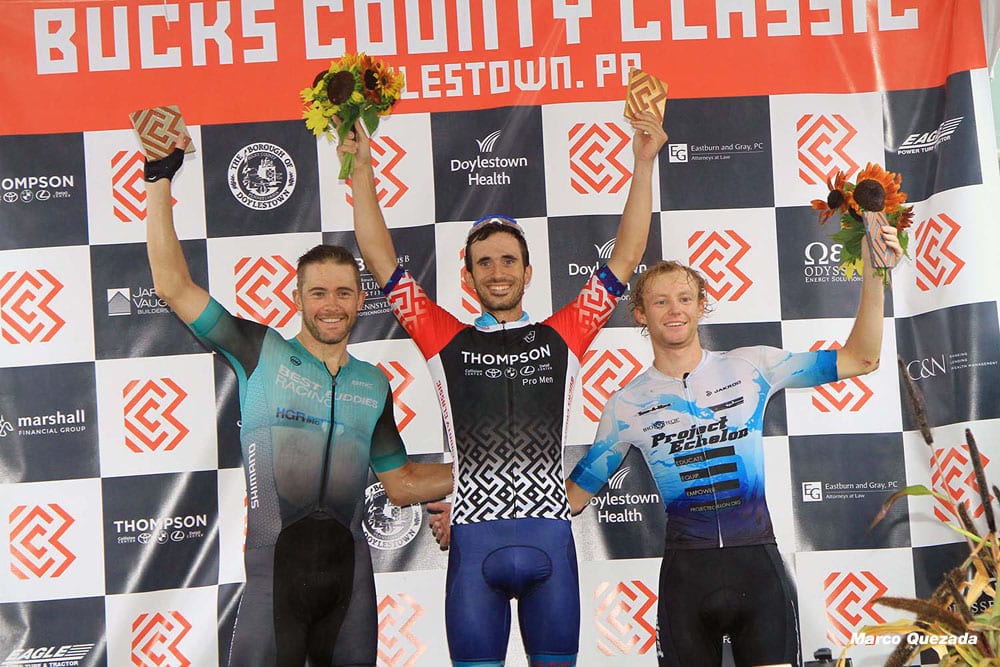 # Those Volta stage wins will surely help remedy that problem for Mr. McGill though? With thanks to Scott for taking time to speak to us after a long flight home to the USA from Portugal. Thanks to all the photographers. # 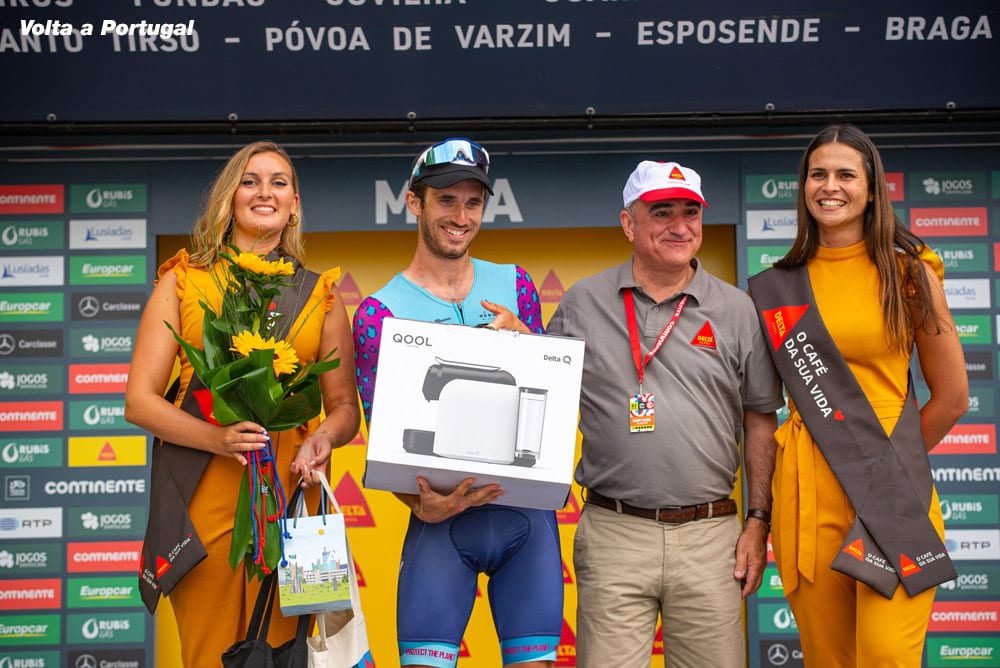