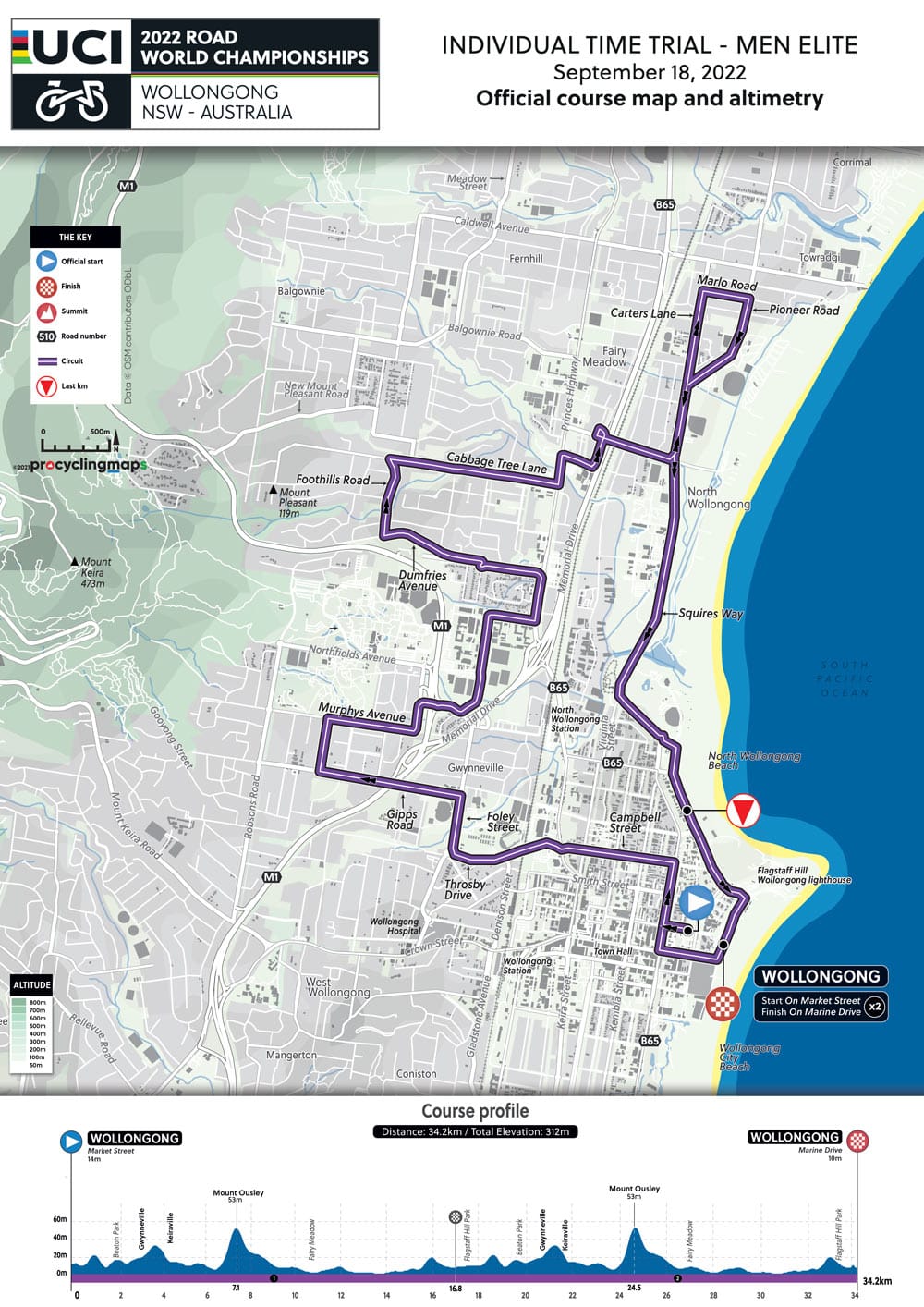 The individual time trial for the elite men kicked off by the Maltese rider Daniel Joseph Bonello. The second rider on the course was home top talent Luke Plapp. The 21-year-old Australian was encouraged by the local public and managed to set the first real target time at the finish of 41:26, an average speed of 49.5kph. 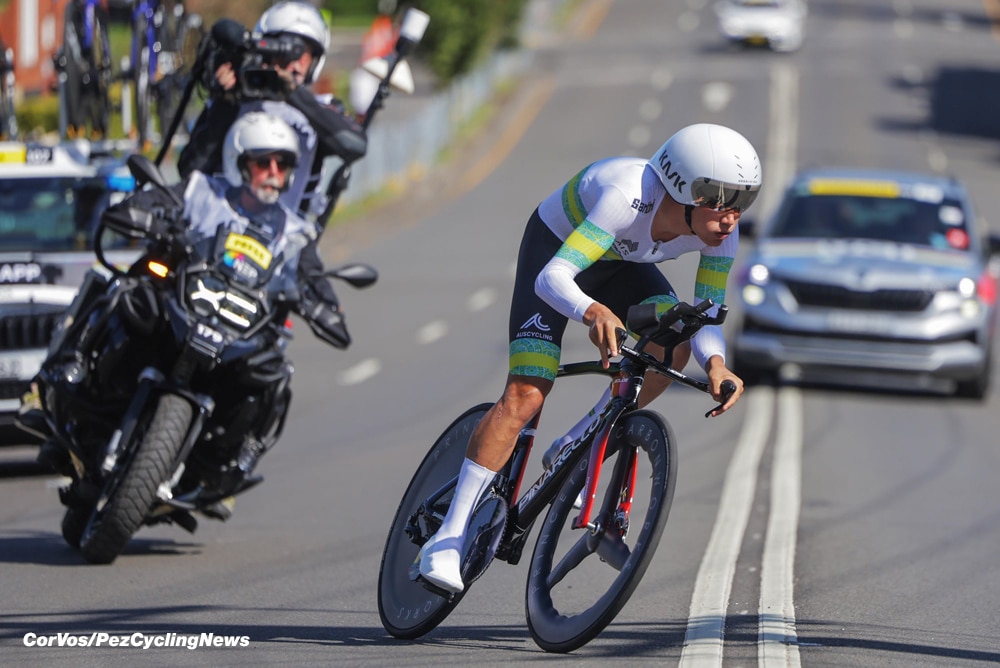 Plapp’s time looked to be wiped off the board by Edoardo Affini. The Italian got off to a good start and set the fastest time at the first intermediate point, but lost some of his speed in the second part of the race. At the finish the difference was 4 seconds in favour of Plapp. The Australian had the ‘Hot Seat’ for a while, but had to fear for his lead as Magnus Cort, Yves Lampaert (the winner of the opening time trial in the Tour) and especially Stefan Bissegger (the reigning European TT champion) were now out on the course. 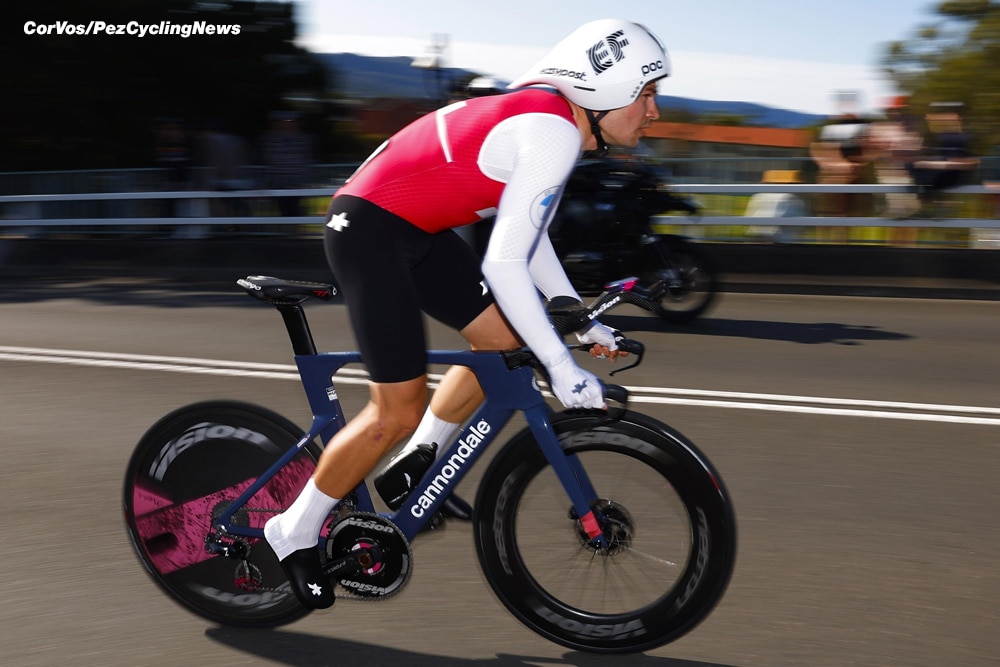 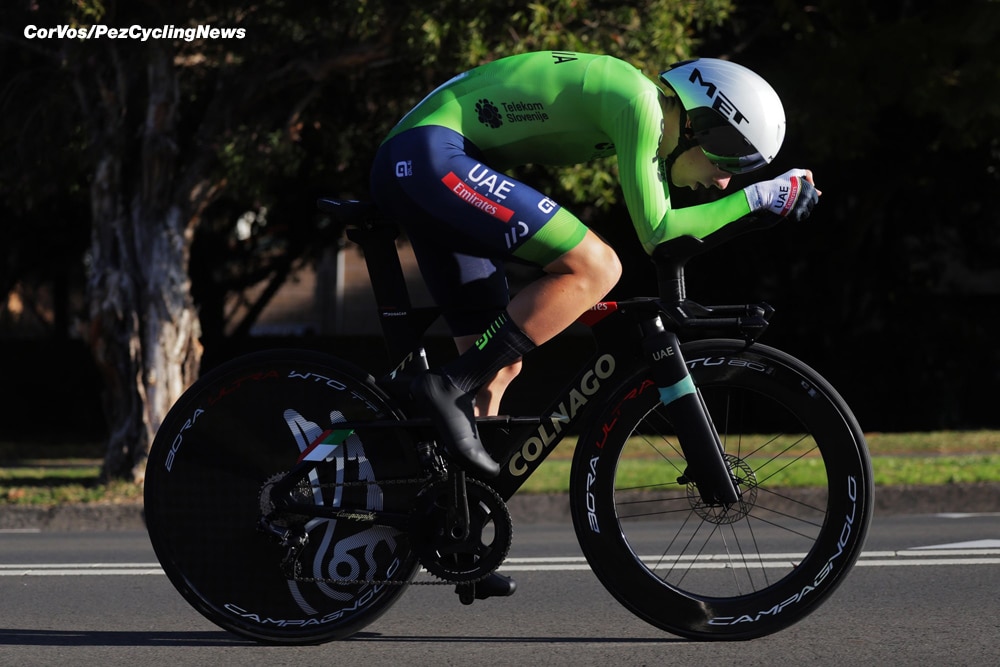 Not a good day for Tadej Pogačar but still 6th 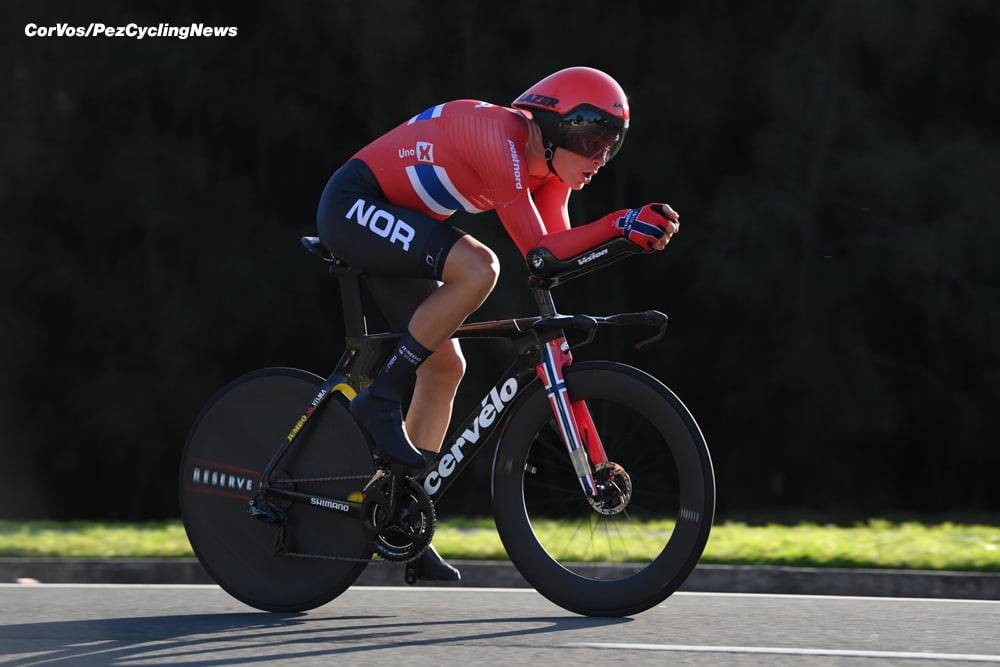 The winning ride from Tobias Foss 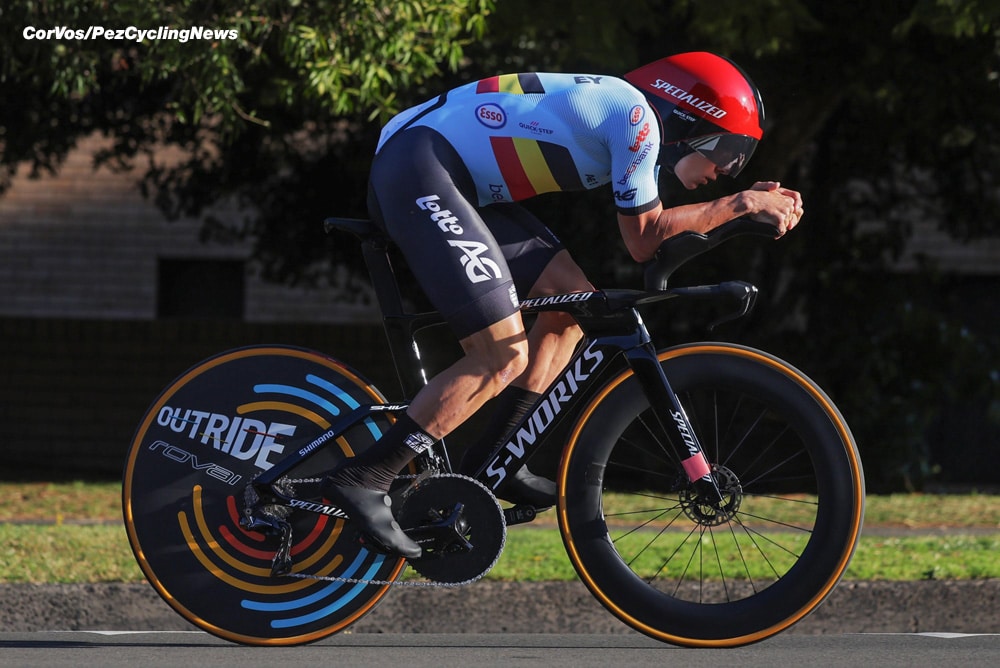 A disappointed Remco Evenepoel had to settle for 3rd place 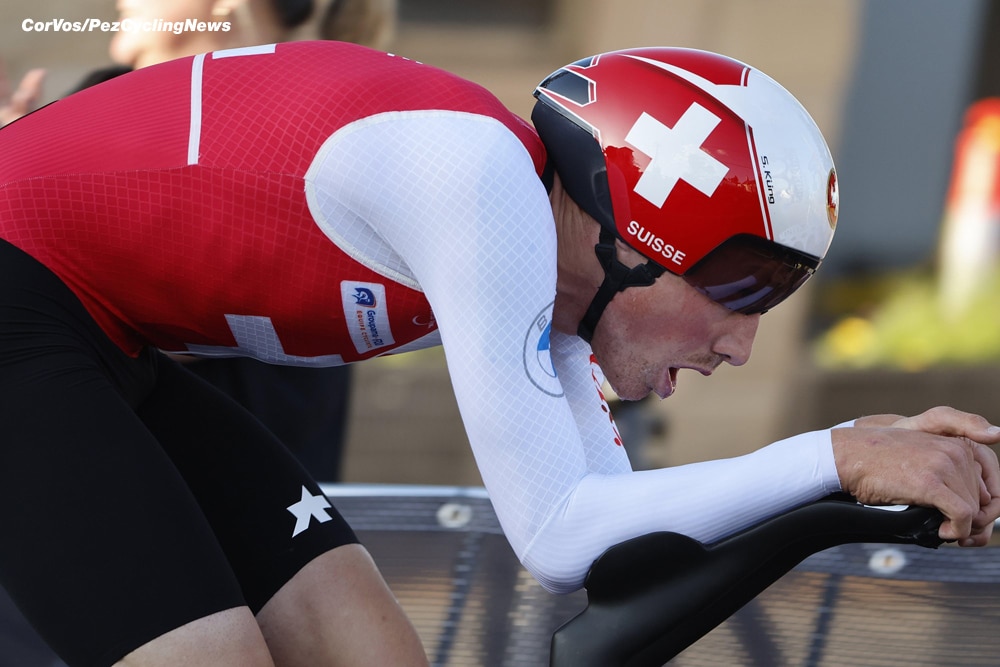 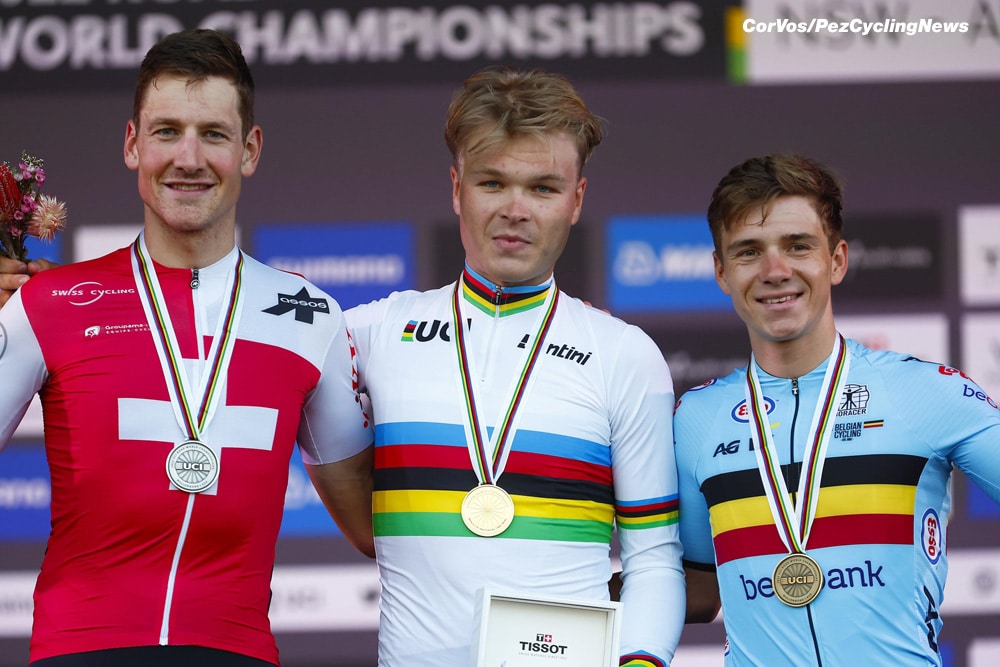 Could the Vuelta a España still unravel for Remco Evenepoel?