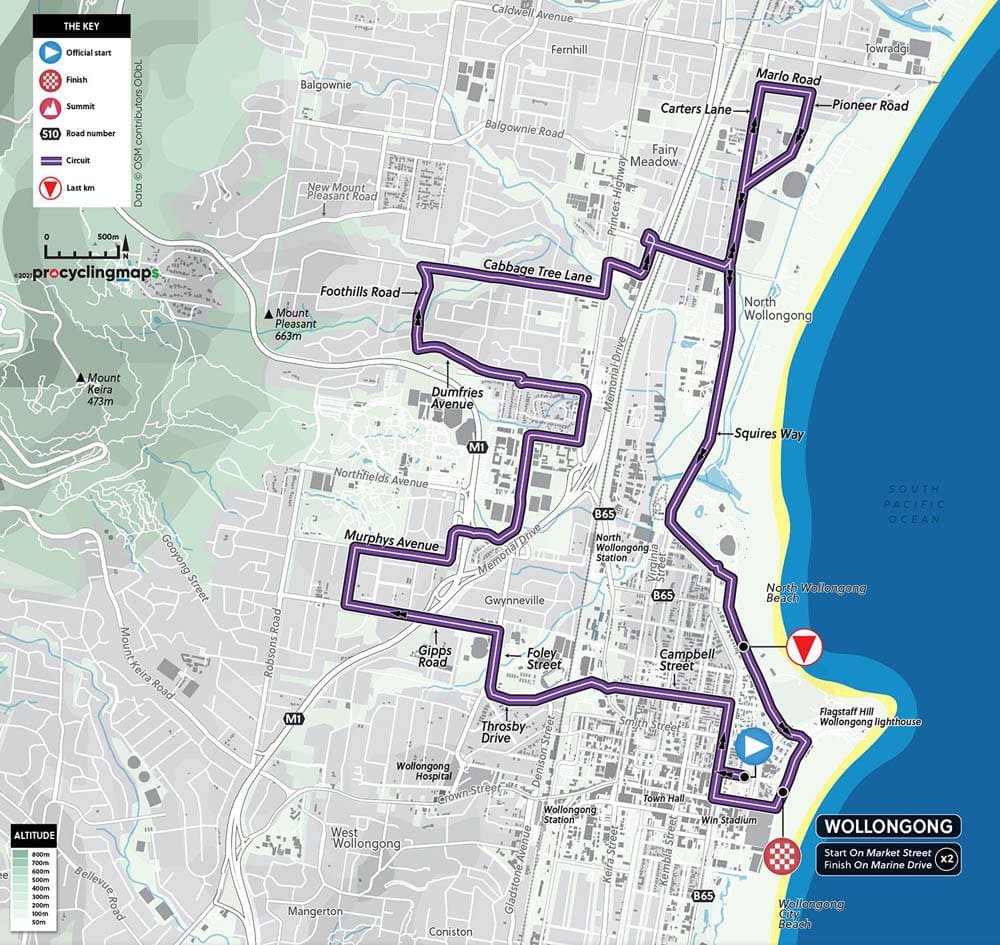 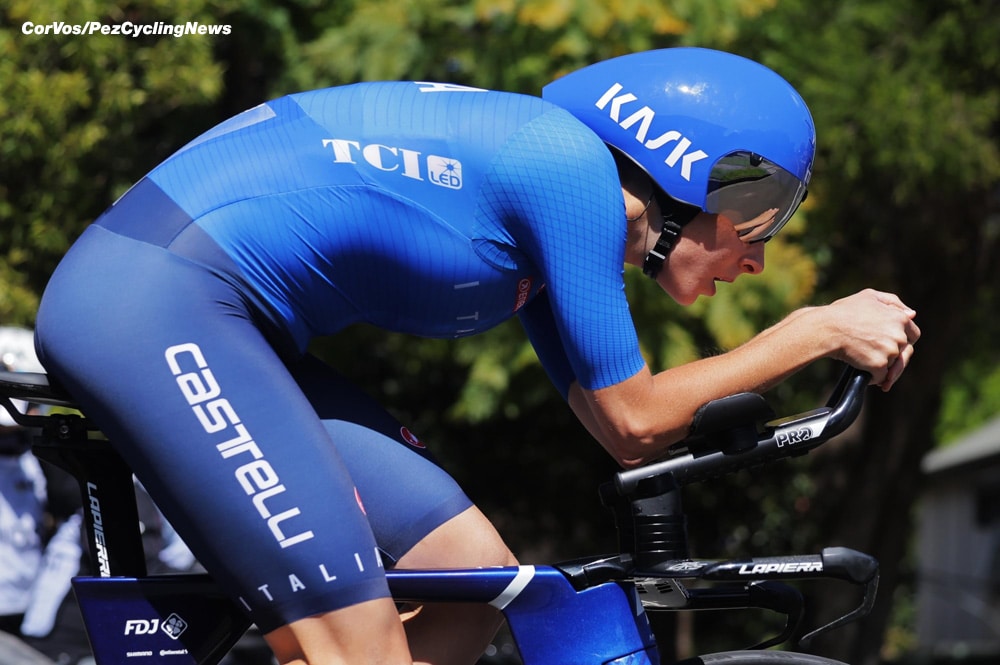 Van Dijk, who was the last to start as last champion, recorded the fastest time at the first intermediate point. The 35-year-old Trek-Segafredo rider then gradually expanded that lead. She only had to give up something in the last quarter, but the title was not in danger. 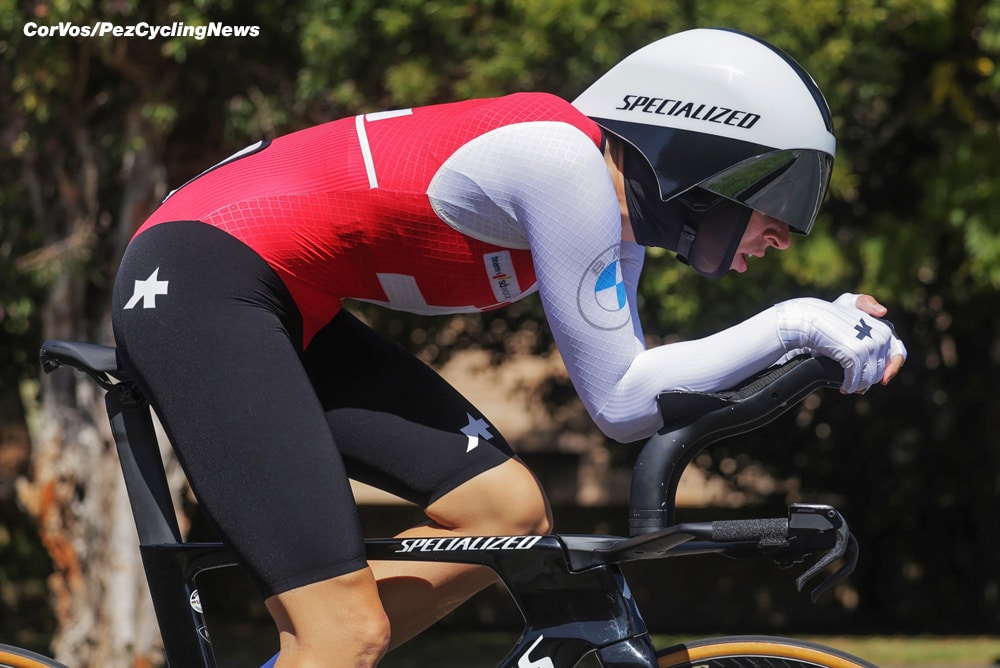 In 2013 and 2021 she was also the best against the clock. Van Dijk didn’t start as the top favourite in Wollongong. Last month she was defeated by Reusser at the European Time Trial Championships. 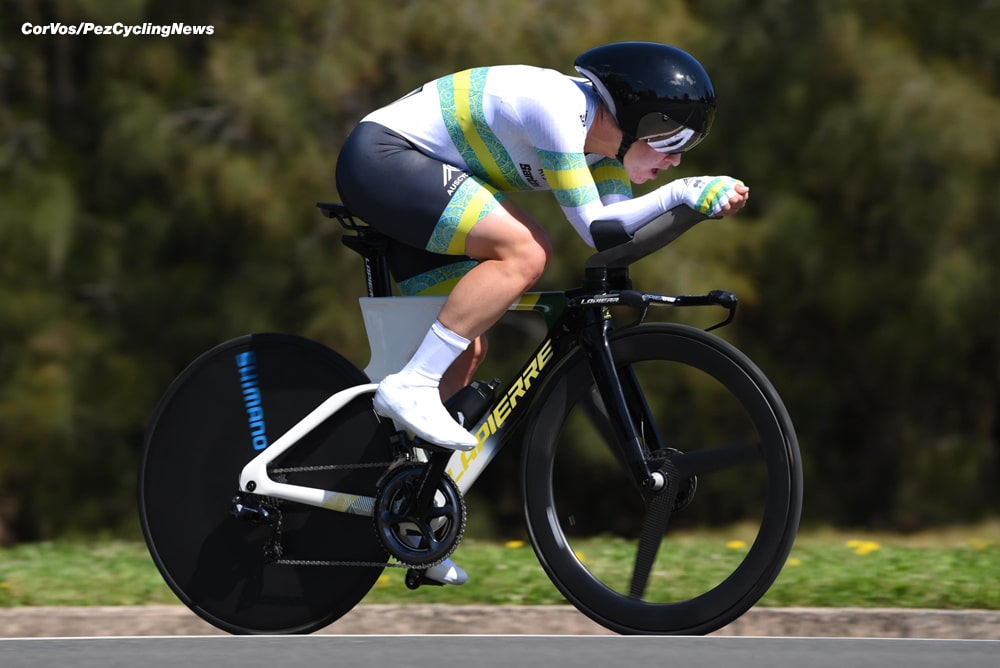 For Van Vleuten, the battle against the clock ended as a disappointment. The winner of the Giro Donne, Tour de France Femmes and Vuelta a España did not have the legs today and finished 7th with next weeks road race in her sights. At the finish she had to concede 1:43 on Van Dijk. 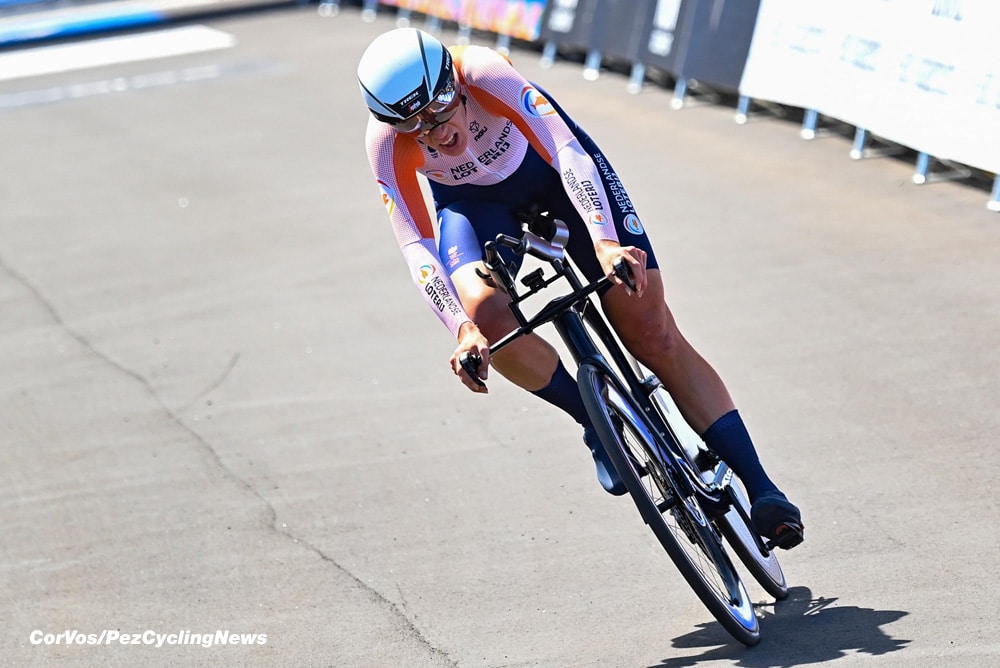 Australian, Grace Brown was in the ‘Hot Seat’ for a long time and only lost out to Van Dijk by 12 seconds. Third was Marlen Reusser of Switzerland at 41 seconds with Italian Vittoria Guazzini in fourth place. 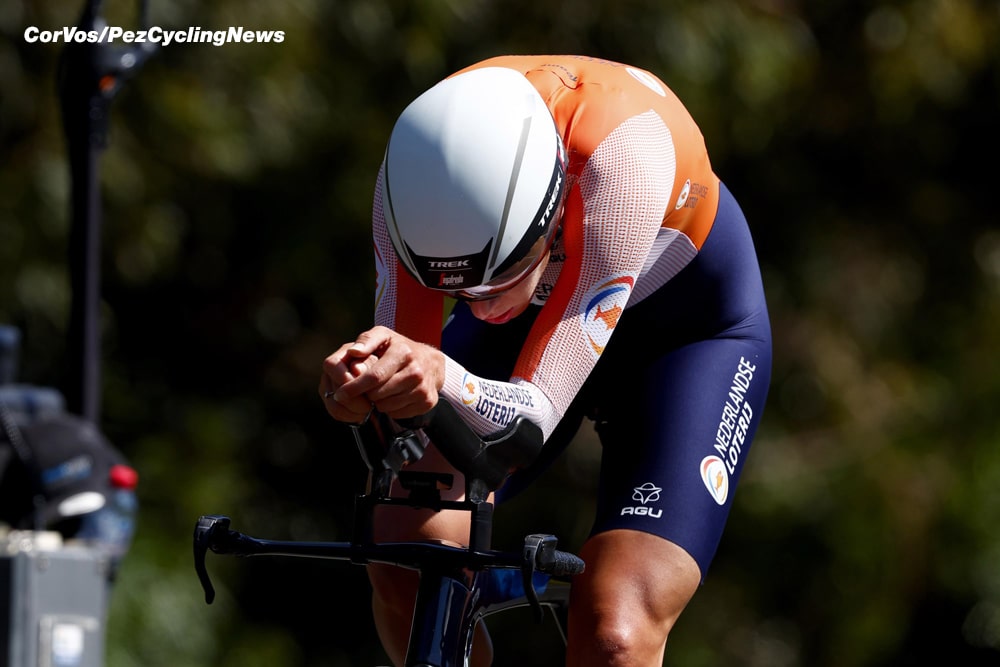 World champion, Ellen van Dijk (Netherlands): “I have yet to realise that I am a three-time World time trial champion. I can’t believe it. I wasn’t aware of the split times. I never want to know. I come completely into my own world to get the most out of myself. When I hear the times of the other riders, I lose my focus. Until the finish I had no idea what I was riding for. I did hear my coach say it was going well and that I was riding for something. I had agreed with my coach that I didn’t want to know anything. The surprise was great when I crossed the finish line and took the world title again. I prepared myself specifically for the time trial. I was here a week before. I had arranged with the Dutch cycling federation that I had a house close to the circuit to stay in so that I could train on the route every day. My own team helped me a lot. There are many aspects, but the mental aspect is the most important. I am now going to enjoy this gold medal. I am happy with my three world titles.” 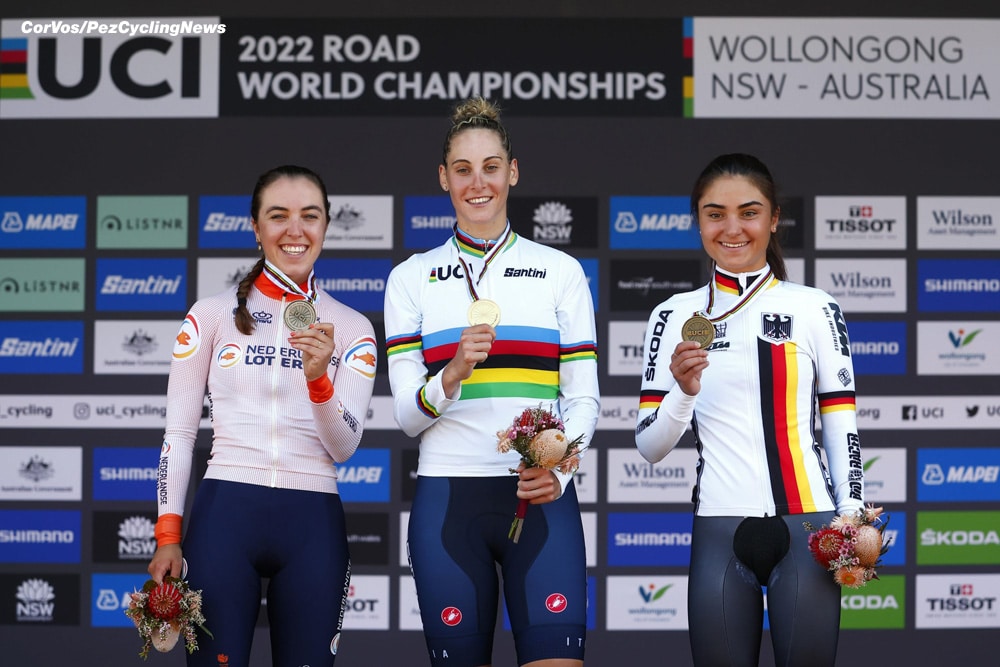